Telling our own stories enlarges the circumference of our imaginations. 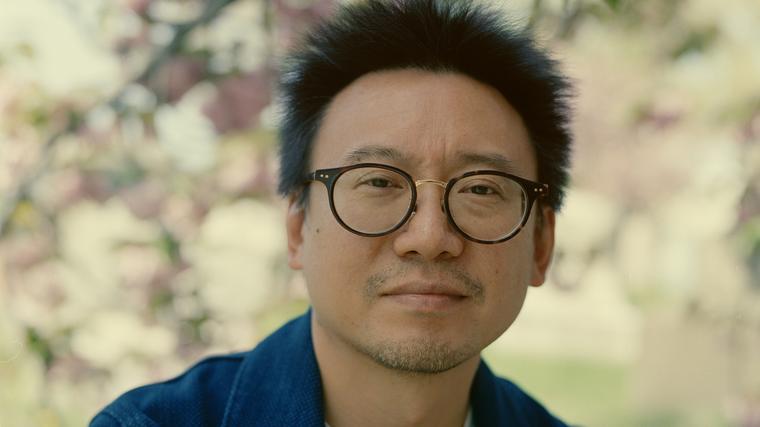 Changing Our Conversations around Asian America

Our collective and individual identities are messy, amorphous, and impossible to define—but New Yorker writer and bestselling author Hua Hsu says that’s a good thing. Telling our own complex stories complicates the narratives that are told about us, and opens up new worlds of possibility. Hua’s memoir Stay True—which turned him into a “literary phenomenon” (The New York Times)—touches on the immigrant experience and growing up Asian-American; but more than that, it’s an exploration of grief, pop culture, being young, and how friendship helps us discover who we are. Hua weaves his story with wider questions of diversity and culture, proving that “we aren’t alone, and we never have been.”

“The things that make Hua Hsu’s writing so singular—his searching grace, his rigorous sensitivity, his ability to make a living world out of the seemingly liminal—crystallize in this once-in-a-lifetime book.”

The son of Taiwanese immigrants, Hua Hsu grew up desperate to build an identity of his own. But despite his countercultural interests, he struck up a friendship with Ken, a seemingly mainstream San Diego native whose Japanese-American family had been in the country for generations. Hua’s memoir Stay True is the poignant story of that friendship and the marks it left on his life, as well as a moving reflection on identity, self-discovery, connection, and the immigrant experience.

Stay True is a national bestseller, one of TIME’s 100 Must-Read Books of the Year, and one of the New York Times’s 100 Notable Books of the Year. It is a Publishers Weekly best nonfiction book of the year, a New Yorker best book of the year so far, and one of the most anticipated books of Fall 2022 at the New York Times, TIME, Kirkus, and more. Ocean Vuong, New York Times bestselling author of On Earth We’re Briefly Gorgeous, said that Stay True is “writing at its most open, meticulous, forgiving and tender—which is to say, this is writing at its best.” Hua pays tribute to his friend by bringing their shared memories to life, elevating the entire memoir genre “with a kind of athletic ease” (Vanity Fair).

A staff writer at The New Yorker since 2017, and a contributor since 2014, Hua has covered a range of topics: from immigrant culture and student debt to hip-hop and affirmative action. In addition to Stay True, he is the author of A Floating Chinaman: Fantasy and Failure Across the Pacific. He currently teaches at Bard College and has previously taught at Harvard and Vassar College. Hua serves on the executive board of the Asian American Writers’ Workshop and Critical Minded, an initiative to create opportunities for cultural critics of color, and was formerly a fellow at the New America Foundation and the Dorothy and Lewis B. Cullman Center at the New York Public Library.

Born to first-generation Taiwanese immigrants, bestselling author Hua Hsu knows that telling stories of our own culture and identity are crucial to achieving true belonging. “The first generation thinks about survival; the ones that follow tell the stories,” he writes in his acclaimed memoir Stay True. But Asian-American identity is so broad and encapsulates such a large swath of people—what does it even mean to tell Asian-American stories?
In this talk, Hua explores the “delightfully messy” world of Asian-Americanness, from food to clutter to history. Drawing on his experience growing up as a second-generation immigrant and his process of self-discovery, he proves that we don’t need to have our stories all figured out before we start to tell them. “A lot of people find Asian-American identity to be this vexing thing, existential, a moving target—but that’s the point, right?” Hua says. “It’s a community that’s constantly in a state of becoming.”
The Arts

The Question of Taste And the Importance of Cherishing Things

How do we figure out who we are? And how do we define ourselves in comparison to others or the prevailing culture? To bestselling author and self-described “pack rat” Hua Hsu, reflecting on the things we like is one way that we can discover our own identities—not only as individuals, but also as communities. The things we love and find cool tell a story about us, and about where we fit into the wider culture and history. They are ghosts of the past, drawing us into history; and they’re markers of our identity and the things we love.
In this talk, Hua discusses the importance of liking things; and not only liking them, but understanding why we like them and what that says about us. He also discusses how important it is to have friends who like different things and have different tastes. As he writes in Pioneer Works, “your sense of selfhood needs to be complicated as much as it needs to be complete.”

Hua Hsu Is True to the Game

‘Stay True’ Review: Finding Themselves Together

Hua Hsu Gets the Book Party He Deserves

My Dad and Kurt Cobain