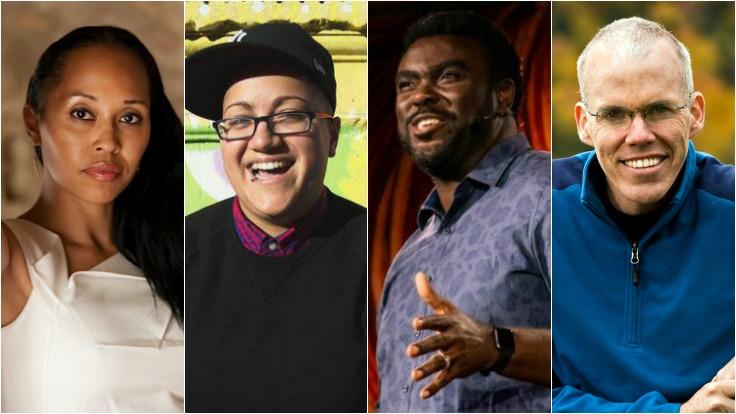 Lavin’s Top 10 Social Activist Speakers are the thought-leaders and advocates pushing for a better world. Whether it’s through art, history, education, or humanitarian efforts, these speakers are not only calling for change, but actively making it happen.

LaToya Ruby Frazier: LaToya Ruby Frazier treats art as activism. With her powerful images of post-industrial towns and cities across America, the acclaimed photographer and MacArthur “Genius” shows us the troubling reality of life for working-class Black families. Whether it’s the ongoing water crisis in Flint, Michigan, or the effects of plant closures in her native Braddock, Pennsylvania, Frazier’s work shines a light on the racism, economic erosion, and environmental degradation that make the American dream unattainable for Black people.

Titus Kaphar: In his work, Titus Kaphar explores the intersection of art and history as a way to propel social change. During the Ferguson protests, Kaphar created a powerful oil painting titled, ‘Yet Another Fight for Remembrance,’ which appeared in a 2014 issue of TIME. Six years later, and Kaphar’s work is once again featured—this time, following the death of George Floyd, another unarmed black man, at the hands of police. Titled ‘Analogous Colors,’ the new painting, which graces the magazine’s cover, depicts an African-American mother holding her child—who has been cut out of the canvas. “In her expression, I see the black mothers who are unseen, and rendered helpless in this fury against their babies,” writes Kaphar. “As I listlessly wade through another cycle of violence against black people, I paint a black mother … eyes closed, furrowed brow, holding the contour of her loss.”

Marcus Bullock: Marcus Bullock knows the painful, isolating, often hopeless experience of being incarcerated first-hand. At the age of 15, he was sentenced to eight years in an adult maximum security prison for stealing a car. After his release, Bullock began his own entrepreneurial venture—an app called Flikshop—as a way to help prisoners stay connected with their loved ones throughout their sentence. Today, more than 140,000 inmates use the app, not only to keep in touch with family and friends, but also get assistance from nonprofits.

Angela Davis: A political activist, scholar, author, and leader in the civil rights movement, Angela Davis has been fighting injustice in the United States her entire life. As a young person, she spent eighteen months in jail after being placed on the FBI’s ‘Ten Most Wanted List’ for a crime she did not commit. Today, 76-year-old Davis continues to speak out about systemic racism, intersectional feminism, and topics that were once considered too radical, such as defunding the police or prison abolition, which have now been pushed to the mainstream thanks to renewed mobilization of the Black Lives Matter movement. The size and scope of the movement may be unprecedented, but the struggles themselves are not new. “The struggles have been unfolding for a long time,” Davis reminds us. “What we are seeing now bears witness to the work that people have been doing that has not necessarily received media attention.”

Minnijean Brown-Trickey: Minnijean Brown-Trickey is a pivotal figure in the civil rights movement. In 1957, she made history when she took her place in what had previously been a whites-only public school in Little Rock, Arkansas. Television crews documented Brown-Trickey as she walked past armed guards, not to mention an angry mob, in order to enter the school—and kick off America’s journey towards desegregation in education. Today, the lifelong activist speaks about her experience from that fateful day in 1957, to her appointment as the Deputy Assistant Secretary of the Department of the Interior for diversity, and beyond.

Negin Farsad: Negin Farsad has an unusual career as a “social justice comedian.” What does it mean? Well, essentially, she uses her wicked sense of humor to bridge the racial, religious, social, and cultural gaps that divide our society. Farsad is the acclaimed writer, director, and star of The Muslims are Coming!, a documentary that followed American-Muslim comics on a tour around the nation in an effort to combat prejudice and islamophobia. She is also the author of How to Make White People Laugh, a memoir revealing what it was like growing up Iranian-American in a post-9/11 world. As intelligent as it is funny, Farsad’s body of work is a glowing testament to how laughter can change the world.

Ashton Applewhite: What makes getting older so difficult? Well, it’s not necessarily the passage of time, says age activist Ashton Applewhite. Instead, it has more to do with how we view aging as a society: something to be dreaded, feared, and avoided at all costs. In her work, Applewhite imagines a different reality; one where we embrace aging and take advantage of the untapped possibilities of later life. “Aging is not a problem to be fixed or a disease to be cured,” she says. “It is a natural, powerful, lifelong process that unites us all.” Her book This Chair Rocks: A Manifesto Against Ageism, as well as her social activism talks, offer a powerful guide for dismantling what she calls the “last acceptable prejudice.”

Bill McKibben: Bill McKibben’s The End of Nature—published in 1989—is widely regarded as the first book on global warming. Since then, McKibben hasn’t stopped fighting to save our planet from the cataclysmic effects of climate change. He founded the grassroots climate movement 350.org—now the biggest in the world—to secure a better future for us all. And in his latest book, McKibben, who has been called “perhaps the planet’s best green journalist,” by TIME, offers a rousing call-to-arms, thirty years after his earliest warning.

Kimberley Motley: Kimberley Motley is an advocate for global justice. She is the first and only Western litigator to work in Afghanistan, where she spends nine months out of the year navigating a punishing legal system and fighting for the freedom of its countless victims⁠—whether that be a six-year-old child bride, or a foreign soldier falsely accused of a crime. In her talks around the world, including one at TEDGlobal, Motley shares her knowledge and expertise on international law, as well as her hands-on experience approaching criminal, commercial, civil, and human rights issues.

To book one of our Social Activist Speakers for your next virtual event, contact The Lavin Agency today, and speak with a representative.

virtual events | June 12, 2020
Planning a Virtual Event: Why The Technology Doesn’t Matter as Much as You Think It Does 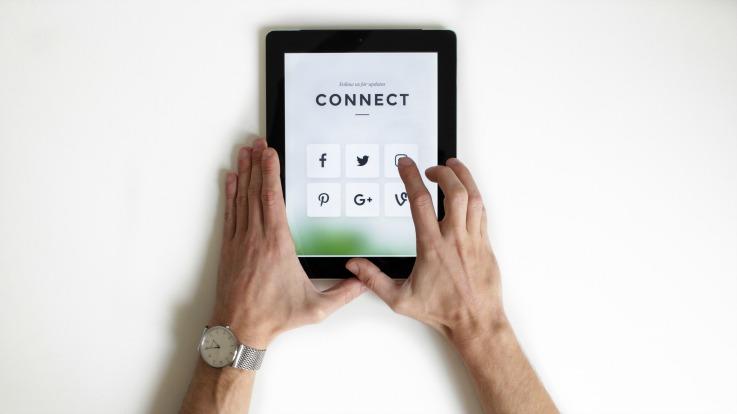