It is possible to survive—and live—through the unimaginable. 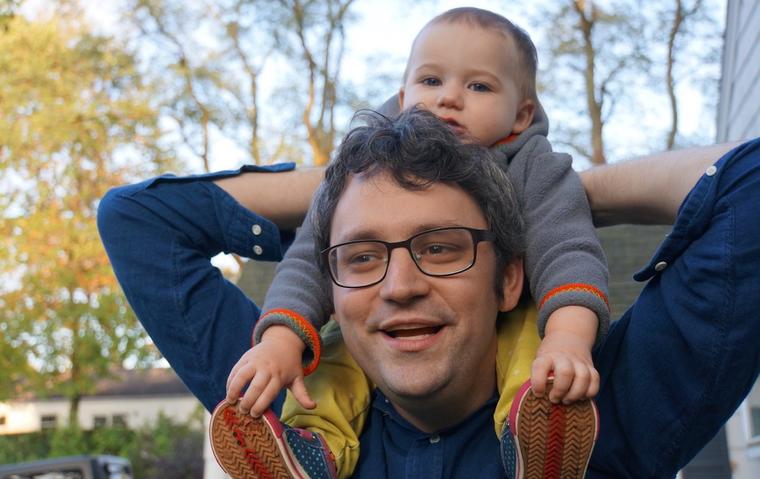 Choosing Hope Over Despair Is an Ongoing Process (1:37)

How Writing Can Help Process Grief (3:08)

How do you overcome unimaginable grief to find meaning again? In his astonishing memoir, Once More We Saw Stars, Jayson Greene reckons with tragedy—the accidental death of his two-year-old daughter, Greta—and offers a testament of his family’s unwavering optimism in the face of loss. In profound talks based on this “intensely moving, life-affirming story” (Rolling Stone), Greene speaks about grief, resilience, love, and above all, hope.

“A gripping and beautiful book about the power of love in the face of unimaginable loss.”

In his warm and engaging talks, Jayson Greene draws from Once More We Saw Stars, “one of the year’s most affecting memoirs” (The Nation). Selected as one of TIME’s 100 Must Read Books of 2019, and by Amazon as a Best Biography & Memoir of 2019, the book has reframed discussions around family, parenthood, death, perseverance, healing, what it means to care for others, and what it means, ultimately, to be alive. Even though his story is tragic, Greene leaves you uplifted, even hopeful, after hearing it. “Many people who come up to me after a talk tell me it left them feeling more whole than when they went in,” he says. Greene has also cracked open a discussion on how our culture deals, or rather doesn’t, with that most universal of emotions: grief. What does grief look like, feel like, and what can you say to others experiencing it? How can we accept grief into our lives and live with it peacefully?

Though he touches on the whole spectrum of emotions that come with grief, including anger and depression, Greene’s talks are thoughtful, clear-eyed and compassionate.  They are thoughtfully structured with the hope that everyone, whether they’ve lost a child or not, can find value in them. They are, at core, about optimism. “There is some part of us that is unshakeably optimistic,” he says about him and his wife, Stacy. “We were both wired to be optimists. And when something this awful happens, we were broken in a way, but we didn't know how to convert to being pessimists.”

Four years after Greta’s death made national headlines, in Once More We Saw Stars, Greene charts the difficult months between her death, and the birth of his second child. The New York Times writes that Greene “has created a narrative of grief and acceptance that is compulsively readable and never self-indulgent,” and the book has won universal acclaim, appearing on The Today Show and in The New York Times, The Washington Post, TIME, People, Rolling Stone, NPR, and more. Jayson Greene is a contributing editor at Pitchfork, the influential music site. His writing has also appeared in The New York Times, GQ, and other publications.

“Jayson was the most effective closing speaker we have ever had, and the star of our 2021 Caring Coalition Conference. Our 750 attendees, who are all medical professionals, were incredibly moved by his story, and the evaluations of his presentation were outstanding. Jayson's honesty, bravery, resilience, and wonderful ability to communicate has impacted our attendees and given hope to many. This was our 13th annual conference. Each year we close our daylong event with an inspirational speaker. We were concerned that a virtual event would be less effective, but we were proven wrong.”

Once More We Saw Stars

Jayson Greene: Trauma is a Rip in Your Understanding of the Universe

What Music Can Never Do

After a sudden, unthinkable accident, Jayson Greene and his wife Stacy found themselves mourning...