Contrary to popular belief, the world’s population is shrinking, not growing—and we need to prepare.

CEO of The Atlantic | Former Editor-in-Chief of WIRED 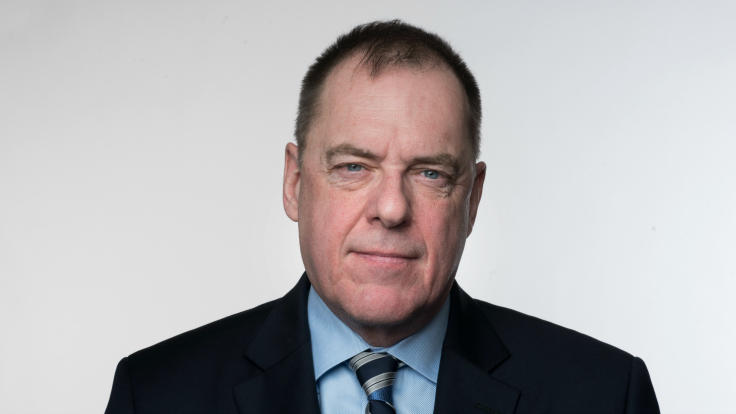 The Surprising Benefits of a Declining Population

For half a century, we’ve been told that overpopulation will ravage our resources and permanently alter the way we live. But is it true? Veteran journalist John Ibbitson tells a different story; one in which our global population is headed for a steep decline, rather than increase. In his bestselling book Empty Planet, Ibbitson and his co-author Darrell Bricker outline both the drawbacks and benefits of a smaller population. It’s a radically different vision of the future, and one we’ll need to prepare for. Ibbitson shows businesses and governments how to swiftly adapt to the enormous disruption.

“[Empty Planet] is a vital warning to the world that the risks associated with population have been catastrophically misread: Governments and activists…now face the looming demographic calamity of global population collapse.”

A #1 bestselling author and Writer-at-Large for The Globe and Mail, John Ibbitson is a grounded and compelling voice who speaks to the most important factors influencing human life: declining populations, immigration, the environment, and how our work and lifestyles will change in relation to these factors. In his optimistic, scrupulously researched talks, Ibbitson shows us how to position ourselves to successfully navigate these coming demographic shifts—with an openness that is more critical to our survival than ever.

In a career spanning three decades, Ibbitson has worked as a reporter and columnist for the Ottawa Citizen, Southam News, the National Post, and, since 1999, The Globe and Mail. He also served as the Globe’s Queen’s Park bureau chief, Washington bureau chief and Ottawa bureau chief, becoming Chief Political Writer in 2012 and Writer at Large in 2015. His career of covering, analyzing, and commenting on Canadian and American politics is unmatched by any other journalist. Ibbitson’s previous book, Stephen Harper: A Biography, is an unsparing insider’s look at how Canada’s 22nd Prime Minister changed the nation, for better and for worse. It was a finalist for the BC National Award for Canadian Non-Fiction and winner of the Shaughnessy Cohen Prize for Political Writing.

His previous book, The Big Shift: The Seismic Change in Canadian Politics, Business, and Culture and What It Means for Our Future (co-authored with Darrell Bricker), is a national bestseller. His other books include Promised Land: Inside the Mike Harris Revolution, Open & Shut: Why America Has Barack Obama and Canada Has Stephen Harper, The Polite Revolution: Perfecting the Canadian Dream, and Loyal No More: Ontario’s Struggle for a Separate Destiny. Ibbitson’s novel, The Landing, won the Governor General’s Award for Best Children’s Book in 2008. In 2014, while on leave from The Globe writing Stephen Harper: A Biography, he served as a Senior Fellow at the Centre for International Governance Innovation.

“John’s talk was a big hit at our event. He was insightful, provocative, and amusing. I was pleased to hear our guests discussing his ideas at the reception and dinner after his presentation. We appreciated his informative and entertaining speech.”

We’ve been long warned that the world’s growing population will soon overwhelm the earth’s resources, but in this cutting-edge talk based on his book Empty Planet, John Ibbitson turns that premise on its head. Rather than growing exponentially, the global population is headed for a steep decline, he says. But this time, we’re thinning ourselves deliberately. In much of the developed and developing world, that decline is already underway, as urbanization, women’s empowerment, and waning religiosity lead to smaller families. Citing his sweeping global research, Ibbitson shows how this smaller global population will bring with it a number of benefits: fewer workers means that we’ll command higher wages; good jobs will prompt innovation; the environment will improve; the risk of famine will wane; and falling birthrates in the developing world will bring greater affluence and autonomy for women. But enormous disruption lies ahead, too. A universally significant topic, Ibbitson can speak to insurance companies or firms that employ actuaries to predict future trends, financial advisers who specialize in economic and geopolitical forecasting, businesses that want to predict the size and nature of their markets down the road, government departments charged with predicting population growth and aging, and other audiences looking to position themselves for the incredible changes to come.

The Shock of Global Population Decline

The Seismic Change In Canadian Politics , Business, And Culture And What It Means For Our Future

Why America Has Barack Obama, and Canada Has Stephen Harper

Although Trump Won the Election, Fears of an American Decline Are Premature

Why a Canada-Europe deal is crucial to global trade

In a world of closing doors, Canada is embracing inclusion

When Fear Replaces Trust: John Ibbitson Reflects on the Uncertainty of Iran for The Globe and Mail

In the not-so-distant past, citizens have rallied around their president in moments of terror and...

With over 250,000 immigrants coming to Canada each year, it's no wonder the new book by politics...

We may feel a bit stressed trying to get everything done before the holidays, but John Ibbitson says...

In a recent interview with Lavin, politics speaker John Iibbitson explains how Ontario, the most...

The Polarization of Canadian Politics & End of The Liberals: John Ibbitson [VIDEO]

John Ibbitson predicts a bleak outcome for future of the Canadian Liberal party. "Everything is...

It's time, says political speaker John Ibbitson, to start including the views of Western Canada in...

John Ibbitson: In Canada, the Power Centres Have Shifted. Drastically.

In a fascinating upcoming book, The Big Shift, John Ibbitson, The Globe and Mail's Ottawa bureau...