We can counter the spread of misinformation in a post-truth era—if we’re smart about it.

National Correspondent for The Atlantic | National Book Award Winner | Co-Author of Our Towns: A 100,000-Mile Journey into the Heart of America 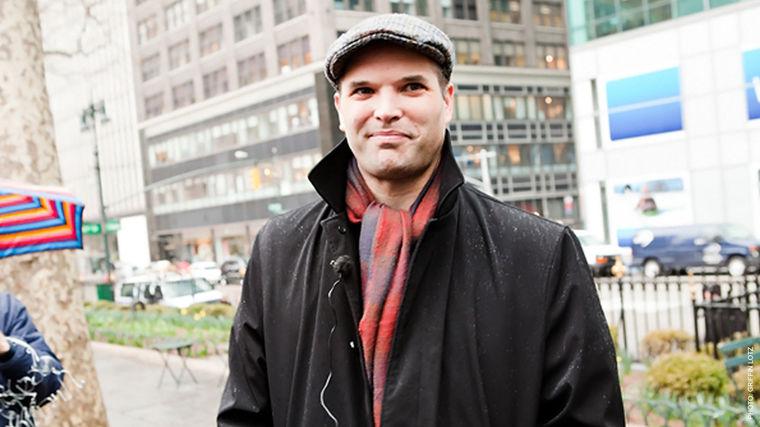 Why Aren't We Tough on Financial Crime?

One of the smartest—and funniest—chroniclers of the rise of Trump, growing inequality, and Wall Street excess, Matt Taibbi is the author of four New York Times bestsellers, and an award-winning columnist for Rolling Stone. His most recent book, Hate, Inc., is a turbocharged take on how the media twists the truth to pit us against each other. In talks, Taibbi paints an alarming portrait of politics, media, and culture, while providing a way forward against our most urgent crises.

“Matt Taibbi is one of the few journalists in America who speaks truth to power.”

A vivid, brazen writer whose work tackles the most pressing contemporary issues with the urgency they deserve—be they political, financial, or societal—Matt Taibbi is just as riveting a speaker as his award-winning, wry journalism would suggest. He has both the professional chops and the hard-hitting style to piece together the problems behind a fractured America in ways other writers on the topic can’t, acting as both an accessible, entertaining public intellectual and academic for the everyman. What ties everything together for Taibbi, what much of his work, books, and talks are ultimately about, is unravelling that often intangible thread of inequality—which can be found in every aspect of American society today.

In The Divide: American Injustice in the Age of the Wealth Gap—a New York Times bestseller—Taibbi explores both sides of our new system of justice: the untouchably wealthy and the criminalized poor. As he shares these incredible stories, he draws out their common source, and unveils what we need to do to stand up against the troubling trend of the Divide. Cory Doctorow wrote: “Taibbi’s spectacular financial reporting for Rolling Stone set him out as the best running commentator on the financial crisis and its crimes, and The Divide—beautifully illustrated by Molly Crabapple—shows that at full length, he’s even better.” It was named a best book of the year by The Washington Post, NPR, and Kirkus Reviews.

“One of the most important voices in contemporary American journalism.”

His most recent offering, Hate, Inc., offers his characteristically turbocharged take on the vivid, disturbing reality of the news media today. With his trademark wit and take-no-prisoners stance on the pursuit of the truth, he gives an insider's guide to the variety of ways today's mainstream media tells us lies and purposefully pits us against each other. Part confessional, part cautionary tirade, it reveals how what most people think of as "the news" has effectively become an unhinged wing of the entertainment business—and how we’re all playing into their hands—and what, if anything, we can do to reverse this.

In another New York Times bestseller, Insane Clown President, Taibbi offers a postmortem on American democracy: a story of nationalism, spectacle over substance, and the decay of traditional institutions—even truth. It’s a stunning analysis of a divisive and unpredictable election, the rise of Trump and populism, and the shattering of the political establishment: a prescient and riveting take on what it means to be a journalist (and citizen) in the new America.

His fifth book, I Can’t Breathe: A Killing on Bay Street, explores the roots and repercussions of the infamous killing of Eric Garner by the New York City police. Taibbi also wrote Griftopia: Bubble Machines, Vampire Squids and the Long Con That Is Breaking America, one of the most entertainingly quotable, scathing, and illuminating histories of the economic crisis. He has received the National Magazine Award for his columns in Rolling Stone, as well as a Sidney Award for his article, The Great American Bubble Machine.

Hate, Inc. How the News Became a Twisted Branch of Showbusiness—and What We Can Do About It

In this characteristically turbocharged talk, celebrated Rolling Stone journalist Matt Taibbi draws from the vivid, disturbing realities he explores in his most recent book, Hate, Inc. With his trademark wit and take-no-prisoners stance on the pursuit of the truth, he gives an insider's guide to the variety of ways today's mainstream media tells us lies. Part confessional, part cautionary, it reveals how what most people think of as "the news" has effectively become an unhinged wing of the entertainment business—and how we’re all playing into their hands.

In today’s hyper-connected Internet age, the press mastered the art of monetizing anger, distrust, and paranoia. Taibbi, who has spent much of his career covering elections in which this kind of manipulation is at its most egregious, provides a rich taxonomic survey of American political journalism's dirty tricks. Engaging and up-to-the minute, Taibbi’s talk is an invaluable, refreshing antidote to the hidden poisons of dangerous invective and digital ugliness pushed on us by the very sources we trust to tell us what’s really happening in the world.

The Divide American Injustice in the Age of the Wealth Gap

Over the last two decades, America has been falling deeper and deeper into a statistical mystery: Poverty goes up. Crime goes down. The prison population doubles. Fraud by the rich wipes out 40 percent of the world’s wealth. The rich get massively richer. No one goes to jail. In search of a solution, Matt Taibbi discovered the Divide, the seam in American life where our two most troubling trends—growing wealth inequality and mass incarceration—come together, driven by a dramatic shift in American citizenship: Our basic rights are now determined by our wealth or poverty. In this talk, Taibbi takes audiences on a galvanizing journey through both sides of our new system of justice—the worlds of the untouchably wealthy and the criminalized poor. Through astonishing—and enraging—accounts of the high-stakes capers of the wealthy and nightmare stories of regular people caught in the Divide’s punishing logic, Taibbi lays bare one of the greatest challenges we face in contemporary American life: surviving a system that devours the lives of the poor, turns a blind eye to the destructive crimes of the wealthy, and implicates us all.

We’re all living under Trump’s presidency. How did we even get here? For months, razor-sharp polemicist Matt Taibbi tracked every step of the historic election that bore us President Trump and his ilk. In this bracing talk based on his book, Insane Clown President: Dispatches from the American Circus, Taibbi illuminates not just what brought us to where we are now, but how we can move forward in the years to come. Deemed “…one of the few journalists in America who speaks truth to power” by Bernie Sanders, Taibbi’s keynote passionately outlines Sanders’s resignation to the ill-fated Clinton campaign. Rebellious, plainspoken, and hilarious, Taibbi’s talk is customizable to your audience’s needs, offering a lucid yet hopeful view of today’s America.

Griftopia Bubble Machines, Vampire Squids, and the Long Con That Is Breaking America

Matt Taibbi eviscerates Wall Street for frauds perpetrated on the American people over the last ten years, and makes clear sense of the financial history, lingo, and outright lies that led to our current economic crisis. Blame for the bubbles and collapses is placed on a relatively small number of bankers and traders who, in Taibbi’s wickedly engaging opinion, act without fear of reciprocity from a government no longer representative of its people. Taibbi asserts that the collusion between Wall Street and the White House has turned the country into a massive casino, in which working Americans are regularly bilked out of their savings and homes while the wealthy are repeatedly rewarded for their graft. Speaking with passion and fervor, Taibbi sheds light on the backroom dealings in Washington and New York, and points a way out of this mess we’ve let our leaders get us into.

Why Today’s Media Makes Us Despise One Another

A Killing on Bay Street

Dispatches from the 2016 Circus

American Injustice in the Age of the Wealth Gap

A Story of Bankers, Politicians, and the Most Audacious Power Grab in American History

A Terrifying True Story of War, Politics, and Religion

Finally Everyone Agrees: Health Care Is a Human Right

How America Made Donald Trump Unstoppable

Jailed for Being Broke

Matt Taibbi: America Has A ‘Profound Hatred Of The Weak And The Poor’

Matt Taibbi's The Divide: incandescent indictment of the American justice-gap

Is the SEC Covering Up Wall Street Crimes?

America for Sale: An Exclusive Excerpt from Matt Taibbi’s New Book on the Economic Meltdown

Journalist Matt Taibbi Talks to The Hill About His Upcoming Book, Hate Inc.

Bestselling author and Rolling Stone writer Matt Taibbi is the host of ‘Useful Idiots,’ a...

I Can’t Breathe: Matt Taibbi’s Gut-Wrenching Account of the Life and Police Killing of Eric Garner Is out Today

Matt Taibbi is one of the smartest chroniclers of the American spectacle. All of his books are New...

Reviews of The Divide by Matt Taibbi: "Impossible to Put Down" (NYT)

Matt Taibbi's new book, The Divide: American Injustice in the Age of the Wealth Gap, has made quite...

Matt Taibbi, an economics speaker and the author of Griftopia—one of the most entertainingly...

Corruption: Matt Taibbi On Covering The "Sopranos" Of Wall Street

Matt Taibbi, a prominent politics and economics speaker, was recently a featured guest on the...

Big Banks: Are We In The Midst Of A Price-Fix Scandal? Matt Taibbi Weighs In

"This AMA thing is wild...thanks for being here," Matt Taibbi typed to a drove of eager Redditers...

When it comes down to it, politics speaker Matt Taibbi says that Rush Limbaugh just doesn't get why...

Matt Taibbi, never one to be shy about voicing his opinion, wishes that, sometimes, we could "turn...

The new Rolling Stone, with Mitt Romney on the cover, is already the talk of the internet. The cover...

Rolling Stone’s Matt Taibbi recently appeared on the Max Keiser Report to talk about why he...