What one writer can make in the solitude of one room is something no power can easily destroy. 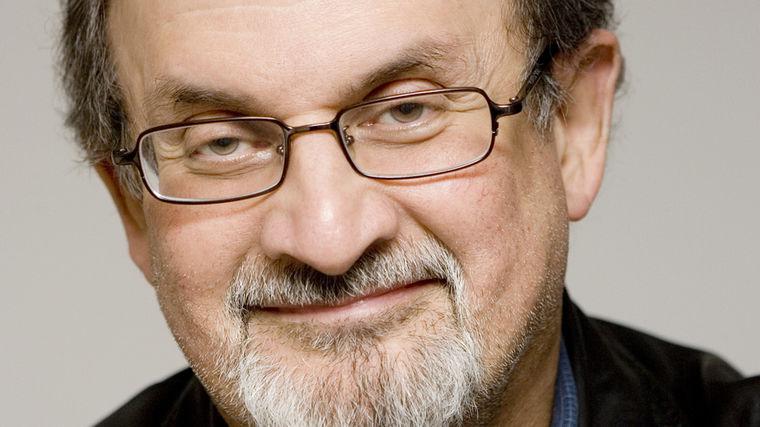 Telling Stories to Understand Ourselves

Why Are Writers More Vulnerable Than Ideas?

How Do History and Current Events Inform Literature?

Sir Salman Rushdie is one of the most celebrated authors of our time—of any time. A brilliant provocateur, he’s penned a handful of classic novels, influenced a generation of writers, and received a Queen’s Knighthood for his “services to literature.” He stands as both a pop culture icon and one of the most thought-provoking proponents for free speech today.

Sir Salman Rushdie’s novels, greeted always with anticipation and acclaim, include The Satanic Verses, The Moor’s Last Sigh, The Ground Beneath Her Feet and The Enchantress of Florence. His most recent work, Lauguages of Truth, is a collection of non-fiction essays from 2003-2020. These essays illuminate truths about our society and culture through his gorgeous and often searing prose. His latest novel, Quichotte, was included in TIME’s list of 100 Must-Read Books of 2019, and was shortlisted finalist for the 2019 Booker Prize.

For his masterwork of magic realism, Midnight’s Children, he won the prestigious Booker Prize, and later, the Best of the Booker. The novel has since been adapted to film by the Academy Award-nominated director, Deepa Mehta, and premiered at the Toronto International Film Festival. As well, a new adaptation of Midnight’s Children is in development at Netflix, with showrunner Vishal Bhardwaj, whose work Rushdie calls “visually astonishing”.

Sir Salman Rushdie is also the author of bestselling memoir Joseph Anton. His Luka and the Fire of Life is a children’s novel and a companion to Haroun and the Sea of Stories. His recent novel Two Years Eight Months and Twenty-Eight Nights was a New York Times besteller, as was The Golden House.

An eclectic writer and noted public intellectual, Rushdie has won many of the world’s top literary prizes, published a heralded collection of essays, Step Across the Line, and served for two years as president of The PEN American Center, the world’s oldest human rights organization.

“Hands down, from multiple sources: the best lecture we’ve had. We filled our hall to capacity (2,000). Mr. Rushdie was substantive, charming, funny, and fully human—nothing short of brilliant.”

In his spellbinding lectures, Sir Salman Rushdie braids together the worlds of literature, politics, and philosophy—a show of intellectual pyrotechnics and deadpan humor that conveys fully the texture of modern life. He speaks about the major themes coursing through his writing, his life and our world: freedom of expression, religion, pop culture, current events at home and abroad, East-West relations, and the role of the artist to shape our understanding of the world. For those more interested in his writing, he touches on storytelling, the magical realism he made famous, and the unique sensibility of his self-proclaimed “globe-swallowing, capricious books.” Few authors are as enrapturing in person as Rushdie, or as fully embracing of their well-earned place in the spotlight.

In this talk, Salman Rushdie discusses fundamental freedoms and the attack they face both from religious extremism and from political correctness.

Salman Rushdie examines the source of literature in the fabulist tales of the East, as well as Western folktale, and how that’s relevant to the modern world.

Luka and the Fire of Life

Haroun & The Sea Of Stories

The Enchantress of Florence

Step Across this Line

The Ground Beneath Her Feet

The Wizard of Oz

Now He’s Only Hunted by Cameras

The Novels That Shaped Our World: The BBC Names Margaret Atwood and Salman Rushdie in Literary List

The BBC has assembled a panel of British writers, curators, and critics to put forth a list of the...

The Reviews Are in: Salman Rushdie’s The Golden House Is “A Great Gatsby for our time”

Sir Salman Rushdie has won every top literary prize and even received a Queen’s Knighthood for his...

“Truth is whatever you say it is. And that’s terrifying”: Salman Rushdie’s The Golden House Is Out

Set against the bizarre, surreal, and often frightening backdrop of current American culture and...

Sir Salman Rushdie—one of our most celebrated authors and brilliant provocateurs—appeared last night...

Salman Rushdie admitted he originally didn't want to take on the task of adapting Midnight's...

Free Speech Is The "Liberty Upon Which All Others Depend": Salman Rushdie

Salman Rushdie knows the true meaning of the "culture of offendedness" first hand. A world renowned...

Literature's role in society is far greater than simply being a form of entertainment. As acclaimed...

When Salman Rushdie made a surprise appearance at the Winter Garden Theatre stage in Toronto twenty...

A month after its release, Joseph Anton, the memoir from literary legend Salman Rushdie, has been...

Salman Rushdie on The Daily Show: "My Life Was Like a Spy Novel" [VIDEO]

Despite having a typically serious demeanour, Salman Rushdie had no trouble keeping up with Jon...

Joseph Anton, the highly anticipated memoir by Salman Rushdie, hits the shelves today. It is the...

One day before the release of his highly-anticipated memoir, Salman Rushdie sat down with Matt Lauer...

“Initially, I didn’t want to do the screenplay [for Midnight's Children],” Salman Rushdie said...

Midnight's Children, an adaptation of the Booker Prize-winning novel by Salman Rushdie, is one of...

Today on Twitter (where else?), Lavin speaker Salman Rushdie tweeted a photo of the UK cover of...

Salman Rushdie: A Rare Glimpse Into a Tumultuous Life

Over the weekend, The Guardian published an interesting interview with Salman Rushdie, in which the...

'The People Have Lost Their Fear.' Salman Rushdie on the Middle East

“This is not a religious revolution,” Salman Rushdie said last month during a speech at Emory...