What can we learn from totalitarian regimes? And how can we connect with their human victims? 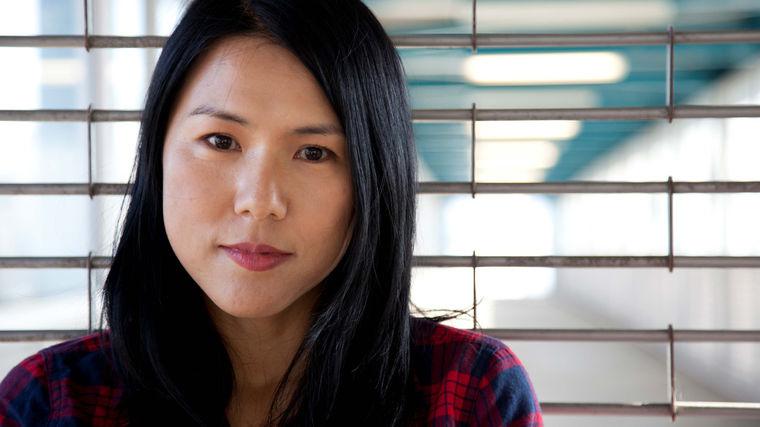 Suki Kim is one of the only writers to ever go undercover in North Korea. An award-winning novelist, Kim’s obsession with the country led her to pursue journalistic assignments there, visiting the country five times over a decade and witnessing both Kim Jong-il’s 60th Birthday Celebrations and his death in 2011. Her six months in Pyongyang living and working as a teacher to the sons of North Korea’s elite gave her unprecedented insights into the country’s current state. Her work sheds new light on a place that has been, for the past 70 years, completely shrouded from the eyes of the world.

In her New York Times bestseller Without You, There Is No Us Suki Kim chronicles the time she spent teaching the sons of North Korea’s elite. Working in disguise as a Christian missionary, Kim spent her days at Pyongyang University of Science and Technology locked in what she calls the school’s “prison disguised as a campus,” recording everything she experienced on USB sticks in secret. Her talks delve deep into the realities of her day-to-day life in North Korea, drawing from her experiences to reveal the realities of what it’s like to live in a world where everything is controlled, closely monitored, and centered on a single “Great Leader.” Kim had unprecedented access to a side of North Korean culture most foreigners never get to see, and her insights about the country’s culture are as urgent as they are unsettling. Without You, There Is No Us has been praised by The New York Times Book Review, New York Review of Books, Wall Street Journal, Chicago Tribune, and Foreign Policy, among others.

“It’s like no other book I’ve ever read. It’s a look into a society and culture objectively, yet humanizing, terrifying, amazing.”

Her first novel, The Interpreter, was the winner of a PEN Open Book Award and a finalist for a PEN Hemingway Prize, and her articles and essays have appeared in The New York Times, the Washington Post, The New York Review of Books, Harper’s, and The New Republic, where she is a contributing editor. She has been featured on programs around the world, including on CNN’s Christian Amanpour Show and Jon Stewart’s The Daily Show, BBC Radio 4, and NPR’s Morning Edition. She has spoken as a part of Moth Radio Hour on the main stage of Sydney Opera House, and her TED Talk has drawn millions of viewers online. She has been awarded a Guggenheim, a Fulbright, a George Soros’s Open Society fellowship, and was a Ferris professor in journalism at Princeton University. Her investigative feature for New York Magazine on sexual harassment at WNYC was selected as Longreads’ Best Investigative Reporting, and her essay on fear appears in Best American Essays 2018. She is a 2019 national fellow at New America, and a 2019-2020 Berlin Prize recipient.

The title of Suki Kim’s most recent book comes from a song students at the Pyongyang State University of Science and Technology are required to sing three times a day, in praise of their country’s “Great Leader”: “Without you, there is no motherland. Without you, there is no us.” The book chronicles the six months Kim spent teaching English to 270 university students during the year of Kim Jong-Il’s death—a turbulent time in North Korea’s already troubled history. Kim gained an intimate familiarity with her students—and the longer she spent with them, the more she understood the total control the North Korean regime exerted over their lives; from keeping them under constant observation to forcing them to report on each other’s behavior erasing all traces of a world outside the country’s borders from their worldview. In this keynote, Kim offers an unprecedented and surprisingly moving look into the day-to-day machinations of North Korea’s totalitarian regime through the lens of her own remarkable experiences.

Without You, There Is No Us

My Time with the Sons of North Korea’s Elite

Undercover in North Korea: "All Paths Lead to Catastrophe"

An Interview with Suki Kim

Reporting with a blindfold: What it's like to be a journalist covering North Korea

What Happened in Brisbane

Mislabeled as a Memoirist, Author Asks: Whose Work Gets to Be Journalism?

The system of defecting

Stories from the North Korean border

The Lavin Weekly: The President’s Alternate Reality, Ending a Parenting Debate, and Suki Kim vs. a Public Radio Icon

Suki Kim is One of The Only Writers to Ever Live Undercover in North Korea. Now’s the Time to Listen.

Suki Kim is one of the only writers to ever live undercover in North Korea. Completely immersed,...

“Calling it a memoir trivializes my reporting”: Suki Kim in The New Republic

Suki Kim’s Without You, There Is No Us is not a memoir. It’s a work of investigative journalism....