We’re entering the Age of Living Machines—when biology and tech converge to transform our world. 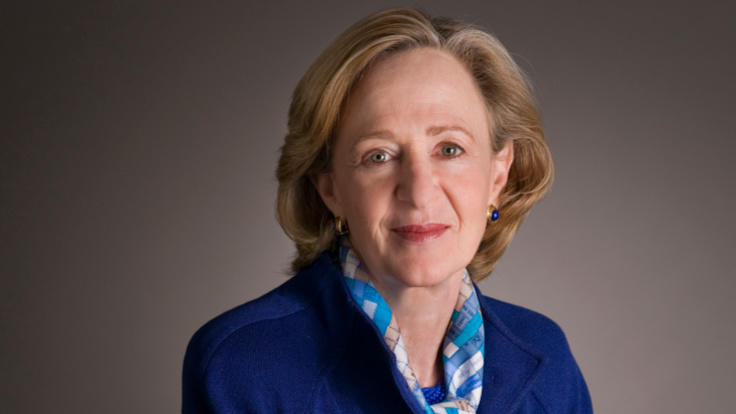 Meeting the Energy Demands of the Future (2:02)

Biology Will Build the Next Tech Revolution (3:38)

Inventing the Future: The Convergence of Biology, Engineering & Physics (1:12:00)

Much like the digital wonders of the 20th century, the current convergence of tech and biology is poised to transform the world as we know it. Helping us navigate our incoming future is Susan Hockfield, the first female President of MIT. She considers how we can take advantage of everything these next-generation technologies—from virus-built batteries to computer generated crops—have to offer in terms of innovation on a global stage. With the keen eye of a futurist, the fearlessness of a leader, and the business savvy of an entrepreneur, Hockfield offers a tantalizing glimpse into the world to come—and a roadmap on how to best prepare for it.

Susan Hockfield is the first woman and the first life scientist to lead MIT. Under her historic presidency, the numbers of women and underrepresented minorities at the University soared—at the undergraduate, graduate, and faculty level. In addition to her steadfast commitment to diversity, Hockfield spearheaded numerous transformative projects during her tenure. She launched the wildly successful MIT Energy Initiative, which raised over 350 million dollars towards building a more sustainable future, and attracted the attention of President Barack Obama. In fact, Hockfield’s presidency was the most successful period of fundraising in MIT history, raising nearly 3 billion dollars total. She also took the lead on campus development, and, in keeping with MIT’s entrepreneurial spirit, fostered Kendall Square into what it is today—an innovation hub of labs, research centers, and corporate offices located on some of the most valuable real estate in Massachusetts.

A neuroscientist by training, Hockfield championed many breakthroughs emerging from the “convergence” of biology and technology. Under her presidency, several “convergence” institutes were founded, including the Institute for Medical Engineering and Science at MIT, the David H. Koch Institute for Integrative Cancer Research, where she remains a member, and the Ragon Institute of MGH, MIT and Harvard, founded to accelerate progress against HIV/AIDS. Her book, The Age of Living Machines: How Biology Will Build the Next Technology Revolution, explores how radical new convergence technologies—from mind-reading bionic limbs to cancer-detecting nanoparticles—will address some of the greatest humanitarian, medical, and environmental challenges of our time. More importantly, Hockfield reveals how these innovations will touch every industry, from energy and manufacturing, to healthcare, agriculture, and beyond.

Prior to joining MIT, Hockfield was a Professor of Neurobiology at Yale, where she later became Dean of the Graduate School of Arts and Sciences and then eventually Provost. Hockfield also held the Marie Curie Visiting Professorship at Harvard University’s John F. Kennedy School of Government. She has served as a U.S. Science Envoy to Turkey with the U.S. Department of State, and the inaugural co-chair of the Advanced Manufacturing Partnership, a task force of government, industry, and academic leaders.

“The United States became the world’s largest economy because we invented products and then made them with new processes,” former MIT President Susan Hockfield writes in The New York Times. Once the world’s leader in innovation, the U.S. today is noticeably lagging behind. Why? In this enlightening talk, Hockfield explains the geopolitical challenges and crucial missteps that got us here. But more importantly, she outlines a powerful vision for the future: how we can exploit the possibilities of radical technologies, advanced materials, and efficient systems to create new networks of innovation, and achieve economic renewal on a global scale.
Leadership

Fostering Inclusive Leadership Increasing Diversity in Biotech and Beyond

Susan Hockfield’s commitment to diversity is easily observed from her glowing track record at MIT—and though she’s stepped down as the University’s President, she hasn’t stopped fighting for inclusion. A vocal advocate for women in STEM, Hockfield helped found the Boston Biotech Working Group—a collaboration of venture partners, CEOs, and academics— to shine a light on the lack of female representation within the industry. Being both a neuroscientist and the first woman to lead MIT, Hockfield uniquely understands the challenges of working in male-dominated fields. In this bold, inspiring talk, she opens up about her own experiences, how we can make moves to address gender imbalances in biotech, leadership, and beyond, and why it’s absolutely crucial for the world that we do.
STEM

Living Machines How the Next Tech Revolution Will Change Our Lives

A century ago, discoveries in physics came together with engineering to produce an array of astonishing new technologies: telephones, aircraft, television, nuclear power, computers, the Internet, and a host of still-evolving digital tools. Today, says Susan Hockfield, we are on the cusp of a new convergence, with discoveries in biology coming together with engineering to produce another array of exciting, world-changing technologies. These next-generation products have the potential to be every bit as revolutionary as the twentieth century’s digital wonders: virus-built batteries. Protein-based water filters. Mind-reading bionic limbs. Computer-engineered crops. In this talk, Hockfield outlines the incredible technologies in the process of being developed, exploring the way they can change the world—and how we can imagine these technologies will provide sustainable solutions to some of the world’s greatest challenges.

The Age of Living Machines

How Biology Will Build the Next Technology Revolution

Living Machines: MIT's Former President on the Next Technology Revolution

Living Machines: How Biology and Engineering Can Come Together

Susan Hockfield on a New Age of Living Machines

Though there has been a significant improvement for women in the sciences over the past few decades...

How will we address the needs of everyone on earth as the population continues to grow? Susan...

Nations in Crisis, a Biotech Revolution, and America’s Global Status: 3 Books—Out Today—Changing the Way We Navigate the World

We’re entering the Age of Living Machines: the seamless convergence of biology and tech. This, says...