What does ISIS want? What’s it going to do next? And how do we stop it? 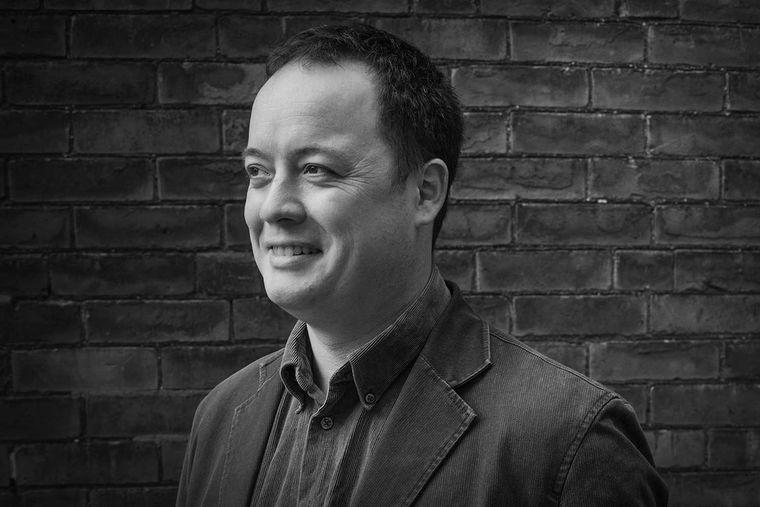 VICE: Exploring the Way of the Strangers

What Is the ISIS Caliphate?

What ISIS Thinks of What ISIS Really Wants

“What ISIS Really Wants.” That’s the title of Graeme Wood’s viral Atlantic cover story, which was the most-read piece on the Internet—the entire Internet—in 2015. Its influence on how we understand extremism and radicalization cannot be understated. In keynotes, and in his acclaimed book The Way of the Strangers, Wood gives a far-reaching account of the strategy, psychology, and theology driving the Islamic State.

Graeme Wood is a staff writer at The Atlantic and a journalist in residence at Yale University. His 2015 Atlantic cover story “What ISIS Really Wants” is the most-read story in the history of the magazine. His first book, The Way of the Strangers: Encounters with the Islamic State, has been called a “gripping, sobering and revelatory book” by New Statesman and “the best insight yet into what makes the Islamic State tick” by The Week. “Unlike most journalists writing about Islam today,” writes the New Republic, “there is no partisan axe to grind here, no hidden agenda to subtly advance.” It also received the Governor General’s Literary Award for Non-Fiction—one of Canada’s highest literary honors. “Meticulously researched and fluidly written,” writes the assessment committee, “this bracing book delves into a contentious facet of contemporary geopolitics.”

As a keynote speaker, Wood addresses the reasons why people—even privileged, comfortable people—are drawn to extremism, and what we can do to prevent and subver toxic ideologies. He also speaks on radicalism here at home, narrowing the spaces between acts of terrorism abroad and those committed by U.S. citizens on U.S. soil. His recent Atlantic profile on Richard Spencer—the ostensible mouthpiece of an emerging white supremacist movement—displays Wood’s ability to expose, examine, and contextualize how ordinary people can become the perpetrators (and victims) of hateful, violent rhetoric.

“This book is a triumph of journalism.”

— Jeffrey Goldberg, editor in chief, The Atlantic
Wood has been a Turkey and Kurdistan analyst for Jane’s, a contributing editor to The New Republic, and books editor of Pacific Standard. His work has also appeared in The New Yorker, The American Scholar, The New Republic, Bloomberg Businessweek, The Wall Street Journal, The New York Times, The Walrus, The Globe and Mail, and the International Herald Tribune. He was the 2015–16 Edward R. Murrow Press Fellow at the Council on Foreign Relations, and today lives in Connecticut, USA.
Read More

In this talk, Graeme Wood offers a broader and more astute understanding of the Islamic State by answering a number of pressing questions: What is it? Where did it come from and what are its intentions? How does it enlist ordinary western citizens? What does it mean to actually talk and listen to ISIS members? How worried should we be—and what can we do about it?

As one of the world’s foremost experts in ISIS, Wood is the ideal guide to understand the true ideology behind the Islamic State and how we have misunderstood its nature. Drawing from first-hand interviews with extremists, ISIS statements, fatwas, tweets, road signs, and a variety of sources, Wood’s keynote gives us a human-eye-view of a complicated situation, the consequences to date, and our future with this formidable force.

The Way of the Strangers

Encounters with the Islamic State

Richard Spencer is a troll and an icon for white supremacists. He was also my high-school classmate.

The West can never hope to understand Islamic State

The Data behind the Most-Read Article of 2015

What ISIS Really Is

Inside the minds of jihadis

The American Leader in the Islamic State

Donald Trump and the Apocalypse

What Politicians Don’t Get About the Islamic State

The Three Types of People Who Fight for ISIS

'What ISIS Really Wants': The Response

The war against ISIS: What’s changed for the terrorists

The Definitive Book on the Islamic State: Graeme Wood’s The Way of the Strangers Arrives Next Week

Graeme Wood’s The Way of the Strangers—a gripping and myth-busting study of ISIS—hits shelves next...

What Does ISIS Really Want? Ask Our Newest Speaker, The Atlantic’s Graeme Wood

Graeme Wood’s Atlantic cover story “What ISIS Really Wants” was the most-read article on the...