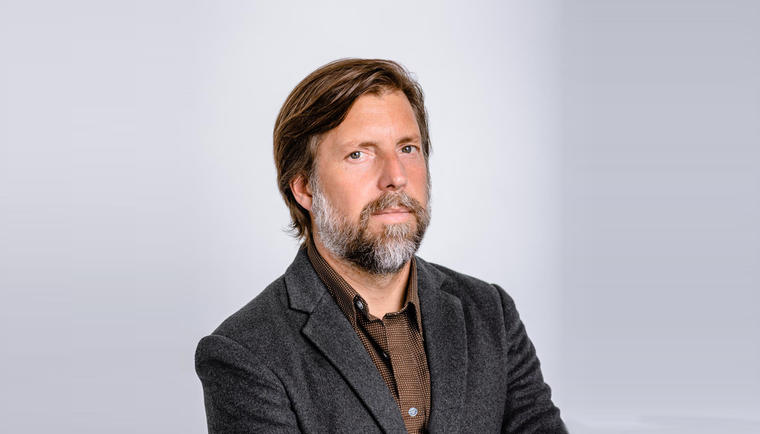 The Surprising Health Problems Linked to Your Breathing [0:59]

You Can't Have Good Health Without Good Breathing Habits [1:16]

There’s a secret to solving workplace stress and burn out. It’s surprisingly simple: breathe. According to science journalist James Nestor, breathing is the key to transforming our lives—more than diet, sleep, or exercise. Drawing on his instant New York Times bestseller Breath—which spent 18 weeks on the bestseller list in its first year and has sold over 1.5 million copies worldwide—James teaches us that even slight adjustments to our breathing can profoundly improve workplace efficiency, athletic performance, anxiety, and sleep. Elizabeth Gilbert, author of Eat Pray Love, calls James’ work “A fascinating scientific, cultural, spiritual, and evolutionary history of the way humans breathe—and how we’ve all been doing it wrong for a long, long time.”

“James Nestor artfully brings back what modern society has walked away from.”

When we consider our health and well-being, we scrutinize the foods we eat or the amount of stress we’re under. Rarely, if ever, do we consider the ways we breathe—yet acclaimed science journalist James Nestor says that poor breathing habits are linked to a laundry list of chronic health problems and roadblocks to success: lost focus and concentration, anxiety, sleep issues, and even cavities and crooked teeth. James shows how we’ve lost the art of breathing properly, and teaches us how to get it back again.

In his landmark book Breath: The New Science of a Lost Art, James seeks out what went wrong and shows us how to fix it with a mix of science, humor, history, and simple, constructive takeaways. You’ll never breathe the same again. Brilliantly researched and utterly fascinating, Breath has earned praise from New York Times bestselling author Joshua Foer, who calls it a “transformative book that changes how you think about your body and mind.” Breath became an instant New York Times, Wall Street Journal, Los Angeles Times, and London Sunday Times bestseller, and will soon be translated into 35 languages. It was awarded the Best General Nonfiction Book of the Year by the American Society of Journalists and Authors.

James has spoken about the importance of proper breathing at the Stanford Medical School, the United Nations, and Global Classroom (World Health Organization+UNICEF), as well as more than 60 radio and television shows, including Fresh Air with Terry Gross, ABC’s Nightline, CBS Morning News, and dozens of NPR programs. To date, he has written for publications such as Scientific American, the New York Times, The Atlantic, and the San Francisco Chronicle, to name a few.

In his earlier book, DEEP: Freediving, Renegade Science, and What The Ocean Tells Us about Ourselves, James follows extreme athletes, adventurers, and scientists as they explore the ocean, uncovering weird and wondrous discoveries that redefine our understanding of both the ocean and ourselves. The book was a Finalist for the PEN American Center Best Sports Book of the Year, a New York Times Book Review Editor’s Choice, a BBC Book of the Week, and an Amazon Best Science Book of the year.

James has also teamed up with National Geographic Explorer and marine scientist David Gruber to create Project CETI—an ambitious undertaking to help us connect with and better understand the animals we share the planet with. Using technologies like machine learning and artificial intelligence, Project CETI hopes to one day crack interspecies communication, and was accepted as a TED Audacious Project.

“James is the most engaging, humble, elegant journalist I have ever met. He was funny and serious and people are calling me nonstop today to thank me for bringing him here!”

“LOVED James Nestor. He was terrific, friendly and very knowledgeable! He also is super easy to work with!”

“We all breathe, but most of us do it wrong. In a 30 minute presentation to dental professionals, James Nestor enlightened our entire audience on the importance of breathwork, not only for ourselves but for our patients and team members. He also shared great explanations of why we have to do the things we do in dentistry–straighten teeth, expand arches, evaluate airways and the general disevolution of the human skull. Eye opening and certainly airway opening for all.”

Breath The New Science of a Lost Art

There is nothing more essential to our health and well-being than breathing: take air in, let it out, repeat twenty-five thousand times a day. Yet, as a species, humans have lost the ability to breathe correctly, with grave consequences. This sounds impossible, but it’s true. Snoring, sleep apnea, asthma, allergies, and even autoimmune diseases are among the most prevalent diseases in the modern world, and all of them can be either exacerbated, or sometimes caused, by poor breathing.
Thankfully, acclaimed author and journalist James Nestor has spent the last decade trying to figure out where we all went wrong and how we can fix it. In this eye-opening talk, he condenses years of on-the-ground research, found in the unlikeliest of places (think ancient burial sites, secret Soviet facilities, and New Jersey choir schools) into a cohesive strategy for how to improve our breathing, and therefore our life. Packed with groundbreaking research and titillating stories, Nestor’s talk shows us what breathing does for our physical and mental well-being, and how we can do it better.

The New Science of a Lost Art

Freediving, Renegade Science, and What the Ocean Tells Us about Ourselves

Mouth breathing might be ruining your sleep. Here's how to fix it

How The 'Lost Art' Of Breathing Can Impact Sleep And Resilience

Breathe Better With These Nine Exercises

How one hour of slow breathing changed my life

The Healing Power of Proper Breathing

3 simple tips to breathe better, and lower your stress levels and blood pressure

Why breathing through your mouth is bad for your health

Changing How You Breathe Could Change Your Life

Searching for the Origins of Life Thousands of Feet Underwater

The way we breathe has changed dramatically over the course of human evolution—and not for the...

Johann’s instant New York Times bestseller explores why we can’t seem to pay attention anymore, and how we can reclaim our focus. Amazon called it “vital and mesmerizing,” naming it one of the 20 top business and leadership books of 2022 as well as the best nonfiction book.