We must face the white supremacist violence of our past, present, and future. 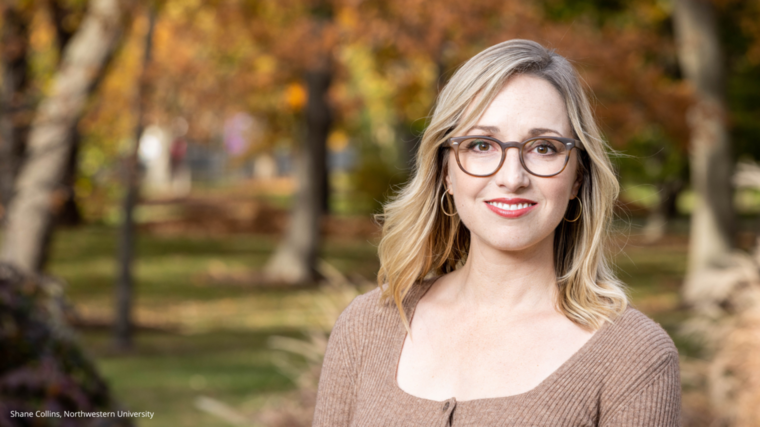 Connecting Radical Acts of Violence to the White Power Movement (1:11)

White Power is a Fringe Movement. Why Is It So Dangerous? (2:35)

Why This Moment in History is Ripe for Radicalization (2:06)

How the White Power Movement Operates in the Shadows (4:13)

How the Vietnam War Unified the White Power Movement (1:56)

The white power movement in America wants a revolution. Its soldiers are not lone wolves, but highly organized cadres motivated by a coherent and deeply troubling worldview of white supremacy, virulent anticommunism, and apocalyptic faith. Historian, former CNN contributor, and author of Bring the War Home, KATHLEEN BELEW gives us the history of this movement, which consolidated decades ago around a potent sense of betrayal after the Vietnam War, and went on to make tragic headlines in Waco and Oklahoma City. Today, the white power movement is resurgent: look no further than the storming of the Capitol on January 6, 2021. But with a sustained attention to the white supremacist violence of our past, we can avoid future attacks on American democracy.

“[Belew] presents a gorgeously rendered account of the white power movement in this country that reveals its symbiotic character, one that both feeds on mainstream angst and stimulates it to new heights.”

An Associate Professor of History at Northwestern University, Kathleen Belew specializes in the recent history of the United States, examining the long aftermath of warfare. Her book Bring the War Home: The White Power Movement and Paramilitary America, explores how white power activists wrought a cohesive social movement through a common story about warfare and its weapons, uniforms, and technologies. By uniting previously disparate Ku Klux Klan, neo-Nazi, skinhead, and other groups, Belew reveals how the movement carried out escalating acts of violence that reached a crescendo in the 1995 bombing of Oklahoma City. Her latest book, A Field Guide to White Supremacy (co-edited alongside Ramon A. Gutierrez), connects the dots between current events—acts of hate, racial violence, and racist law-making—and the deep, violent roots of white supremacy in this country. It is poised to become an urgent and essential reading for legislators, educators, journalists, activists, and citizens of all stripes. As a speaker, Belew is lucid and compelling, showing us the common threads in white supremacist actions at every scale, from hate crimes and mass attacks to policy and law. Covering immigration, antisemitism, gendered violence, lynching, and organized domestic terrorism, the book and her accompanying talks reveal an unsavory, but necessary truth: white supremacy is a motivating force in many parts of American life.

In her forthcoming book with Random House, titled Home, At the End of the World, Belew illuminates our apocalyptic era through the history of her native Colorado. She’ll reveal how the high-profile kidnappings and murders, dangerous right-wing religious ideology, and a mass shooting exposed rifts in America’s social fabric—dramatically changing our national relationship with place, violence, and politics.

Belew has held postdoctoral fellowships from the Center for Advanced Study in the Behavioral Sciences at Stanford University, Northwestern University, and Rutgers University. Her research has received the support of the Andrew W. Mellow and Jacob K. Javits Foundations, as well as Albert J. Beveridge and John F. Enders grants for research in Mexico and Nicaragua. She holds a doctoral degree in American Studies from Yale University. She earned her undergraduate degree in the Comparative History of Ideas from the University of Washington in 2005, where she was named Dean’s Medalist in the Humanities.

Belew’s research currently focuses on processes of militarization in the domestic United State and the idea of the apocalypse in American history and culture. Her award-winning teaching centers on the broad themes of history of the present, conservatism, race, gender, violence, identity, and the meaning of war.

The Oklahoma City bombing in 1995 was the largest deliberate mass casualty on American soil between Pearl Harbor and 9/11. Yet unlike those actions, most people don’t understand what that attack was, and what it meant. It was not the work of “lone wolves,” but rather the crescendo of a string of violent attacks perpetrated by a broad, deeply networked social movement, the white power movement—one that brought together an array of Klan, neo-Nazi, skinhead, and militia activists in outright war on the federal government. We are now decades, if not generations, into this activism, which has killed Americans, damaged infrastructure, and now represents the single largest terrorist threat to the United States. And even as white power activists appear in violent actions across the country and as one component of the January 6 storming of the U.S. Capitol, we still don’t fully understand it. A leading historian studying the modern white power movement, Kathleen Belew decodes the movement’s worldview, actions, and planned attack on America, and teaches us how to prevent it from destroying the democracy we cherish.

A Field Guide to White Supremacy

Why domestic terrorism is an underestimated national threat

How America's White Power Movement Coalesced After The Vietnam War

“Bring the War Home”: The Long History of White Power and Paramilitary Violence in the United States

The Lavin Agency is proud to announce its new speaker and white supremacy historian, Kathleen Belew...