Protecting democracy is our greatest challenge—diversity is our best hope. 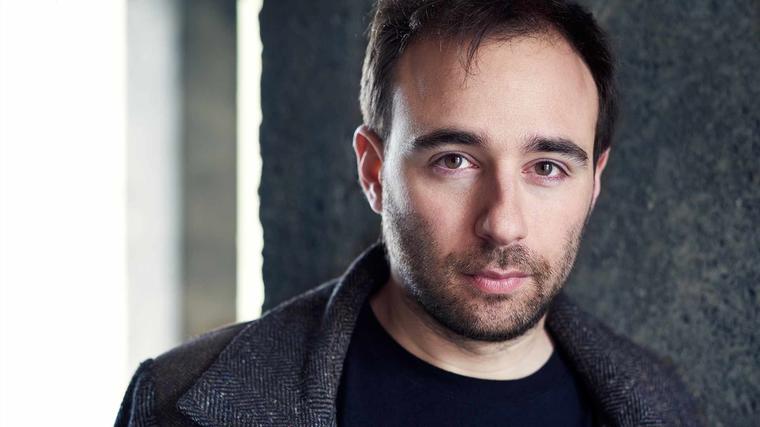 How To Save Democracy | TEDxBerlin

The Fate of Diverse Democracies

Why We Need to Stand Up for Liberal Democratic Values

How do we shape democracy to be both diverse and equal? Author and Johns Hopkins professor Yascha Mounk says diversity is not just our greatest challenge—it’s also our best hope for the future of our democracy. In his new book The Great Experiment, Yascha combines global expertise with unwavering optimism to teach us that celebrating our differences while recognizing what we have in common is the key to a successful, diverse, thriving democracy. An astute political scientist with keen predictions, Yascha is a “convincing, humane, and hopeful guide” through the crises of today and the possibilities of tomorrow (George Packer).

“Brave and necessary...Yascha honestly confronts challenges to democracy, while refusing to give in to pessimism.”

During these politically turbulent years, Yascha Mounk has emerged as one of the foremost thinkers on democracy: its workings and its consequences.

His most recent book The Great Experiment: Why Diverse Democracies Fall Apart and How They Can Endure offers an in-depth understanding of an urgent problem, but also offers genuine hope in humanity’s ability to solve it. Yascha explains that humans are “groupish” in nature, tending to create different groups and bond fiercely with other group members. If we can channel this tendency in a productive fashion, creating bridging identities that allow us to bond with people who are different from us, then we can form a democracy built on genuine mutual solidarity—one where all members are equal and work together to meet the challenges in front of us. Applying international lessons to the United States, Yascha enables us to see our political and social situation with fresh. Legendary political scientist Francis Fukuyama calls The Great Experiment “a blueprint for a more optimistic future.”

In his previous book, The People vs. Democracy: Why Our Freedom Is in Danger and How to Save It, Yascha predicted the rise and danger of authoritarian populism before anyone else and provided a guide for acting and fighting for our rights and freedoms.

Yascha also writes for The Atlantic, The New York Times, The Wall Street Journal, and CNN, among others. For Slate, he writes “The Good Fight” column and hosts the corresponding podcast on populism, resistance, activism, and the changing face of democracy. He is an Associate Professor at Johns Hopkins University, where he holds appointments in both the School of Advanced International Studies and the SNF Agora Institute, a Contributing Editor at The Atlantic, a Senior Fellow at the Council on Foreign Relations, and the founder of the publication Persuasion.

“Yascha’s talk was the highlight of our First Amendment of the 21st Century Conference. It generated an enormous amount of dialogue among the attendees. Thank you. I'll be following your work with renewed interest.”

The United States and many other democracies in the world are amid a historically unprecedented experiment: For the first time, deeply ethnically and religiously diverse democracies are trying to treat all their members as true equals.

In this talk, political scientist and democracy expert Yascha Mounk will draw on history and psychology to show why it is so difficult to build thriving diverse democracies. Human nature pushes us to build groups and favor their members over outsiders—for American democracy to succeed, we need to find ways to channel this tendency in a productive direction.  Recognizing the importance of cultural and religious groups while building the connective tissue which can remind us of what we have in common.

Yascha also teaches us that recognizing the difficulty of building diverse democracies can also make us more hopeful for the future. By heeding the insights presented in this talk and building on the progress of the past decades, America can create a vision of a future society that citizens would be excited to live in.

The Decline of Democracy Standing Up for Liberal, Democratic Values

To Yascha Mounk, we are facing a global crisis. Support for liberal democracy has fallen markedly across Western Europe and North America—and this development is especially stark in the U.S., and especially amongst its youth. Mounk’s research is unsettling. Two-thirds of Americans born in the 1930s and 40s state that living in a democracy is absolutely paramount. But less than one third of Americans born in the 80s or 90s would agree. Twenty years ago, 1 in 15 Americans desired military rule. Today, this number is 1 in 6. And yet, the alternatives to liberal democracy are grim. Populist, authoritarian parties erode the checks and balances of the rule of law, the judiciary system and free press. They discard the rights of citizens and push more people out of the sphere of politics. And they ride waves of racial animosity, promising violence, or imprisonment, for those who resist.

In this timely, necessary talk, Mounk outlines how these forces arise—and, vitally, what we can do to combat them. It’s an interconnected story of economics, ethnicity, and technology: of lost jobs, insecurity, increasing automation, and a flattened standard of living; of mono-ethnic societies transforming into diverse, multi-ethnic states; of the erosion of civic education and the fraught truth of social media. For corporations, colleges, associations, as much as for average, concerned citizens, Mounk provides actionable steps to stand up to the forces of populism: from getting involved in civic life to campaigning for meaningful candidates, from donating to anti-authoritarian movements to organizing in your community. Ultimately, it’s about realizing that democracy is fragile—and impermanent. And that if we continue to take it for granted—if we don’t stand up for it now—it will no longer exist.

Why Diverse Democracies Fall Apart and How They Can Endure

The People vs. Democracy

Why Our Freedom Is in Danger & How to Save It

The Age of Responsibility

Luck, Choice, and the Welfare State

Stranger in My Own Country

A Jewish Family in Modern Germany

Dystopian Democracy—and How the Brave Fight Back

America Is Not a Democracy

The Past Week Proves That Trump Is Destroying Our Democracy

How Did I Celebrate Becoming American? Protesting Trump

Is Trump’s incompetence saving us from his illiberalism?

Don’t write off populists just yet

He may well try to govern as an authoritarian. Whether he succeeds depends less on what he does than on how civil society responds.

How Stable Are Democracies? ‘Warning Signs Are Flashing Red’

The Chronicle of Higher Education

Can Yascha Mounk Save Liberal Democracy?

A political theorist joins the resistance

The Demise of Liberalism

Across the Globe, a Growing Disillusionment with Democracy

Is the European Left in Trouble? Lavin Speaker Yascha Mounk Explores for The Atlantic

A few short years ago, the radical left was poised for a European take-over; today, the...

Three Causes of Populism, and One Solution: Positive Nationalism

“A clear-eyed take on how liberal democracy fell.” Rave Reviews for Yascha Mounk’s The People vs. Democracy Are Already Rolling In

It’s only been out for a week, but already The Guardian, The New Yorker, Kirkus, and more are...

“America is Not a Democracy,” says Harvard professor Yascha Mounk in His Upcoming Book. But It’s Not Too Late to Change.

Democracy is in decline in the West, especially among young people. They don’t trust their...

In this Lavin Weekly, Yascha Mounk warns of the populist rise in Europe; Angie Thomas interviewed...

Americans Are Losing Faith in Democracy. Political Theorist Yascha Mounk Explains Why and What We Can Do About It

Liberal democracies are dying, while far-right groups and authoritarian leaders are thriving. It’s...

Lavin is proud to welcome Hua Hsu, whose memoir Stay True has been named a Best Book of the Year by TIME, NPR, and The Washington Post, to name a few! Among many themes, Hua explores Asian-American identity, storytelling, grief, pop culture, and how friendship helps us discover who we are.