Young Black people need stories about how their dreams, voices, and lives matter. How do we tell those stories? 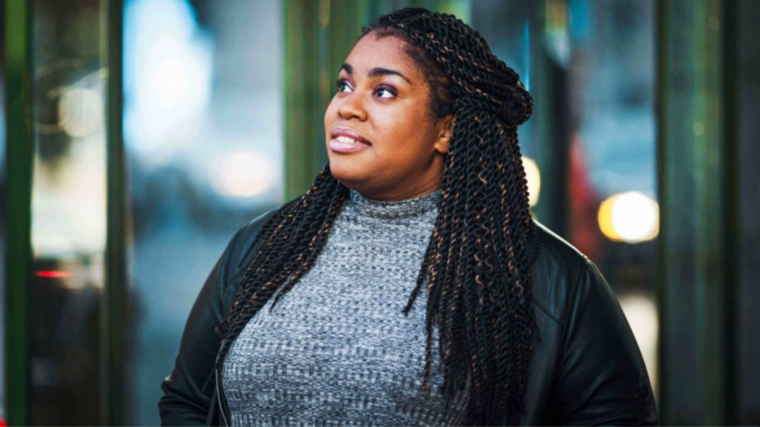 Angie Thomas’ debut novel, The Hate U Give, has spent more than three years on The New York Times bestseller list, where it was joined by her second novel, On the Come Up, and now her third, Concrete Rose. Blockbuster books and two major film adaptations have amplified Thomas’ clear, crucial voice when we need it most—to #BlackLivesMatter protesters, igniting real change in the fight for racial justice, and through the chaos of a global pandemic that disproportionately hurt people of color. Her keynotes are powerful, urgent, necessary, and most importantly, hopeful.

For its “pointed examinations of gun violence, racial profiling, and political activism,” Angie Thomas’The Hate U Give has become an instant masterwork of the YA genre: called “a stunning, brilliant, gut-wrenching novel that will be remembered as a classic of our time” by The Fault in Our Stars author John Green. Part of a 13-house publishing auction, the novel is now a major motion picture and Amazon’s Audible named it one of their 10 Best Audiobooks of the decade. The Hate U Give explores the world of sixteen-year-old Starr Carter: a girl who walks a careful line between her upper-crust prep school and the poverty-stricken neighborhood where she grew up. But when she witnesses a police officer shooting her best friend Khalil—an unarmed youth—Starr is plunged into even more uncertainty. Thomas’ latest book, Concrete Rose—chosen as one of Amazon’s best YA books of the year—tells the story of Maverick Carter, Starr’s father. “Of all characters who really just stayed with me, Maverick was at the top of that list,” Thomas tells People. The novel chronicles Maverick’s journey from 17-year-old kid to young father, and explores themes of teen pregnancy, police bruality, and the prison system as a form of modern-day slavery. “I’m also excited to show this bonding between father and son. So many people assume that Black kids, especially Black kids in the hood, don’t have fathers. And that’s a lie. So many of them do.”

Thomas’ second novel, On the Come Up, follows a talented teen rapper, Bri, and explores what it means to be young and black in America, when freedom of speech isn’t always free. It “feels like an event of political urgency,” says The Times, “a love letter to hip hop, to family, to Michael B. Jordan...to any pop culture that holds a mirror so that kids like Bri can see themselves too.” It was named to many 2019 year-end best of lists, including those byVariety, Glamour, and Chapters Indigo, and was also named one of the year’s best YA titles by Kirkus Reviews. The film version of On the Come Up was developed by Paramount, with Thomas herself producing, and premiered at the Toronto International Film Festival in 2022.

Her upcoming trilogy Nic Blake and the Remarkables is a fun, suspenseful contemporary fantasy series for middle grade readers, inspired by African American history and folklore. Rick Riordan, bestselling author of Percy Jackson, called it “nothing short of a triumph.”