A nation's prosperity relies on its institutions: the more inclusive, the better.

Famed Economist and Political Scientist | Co-Author of Why Nations Fail

National Correspondent for The Atlantic | National Book Award Winner | Co-Author of Our Towns: A 100,000-Mile Journey into the Heart of America 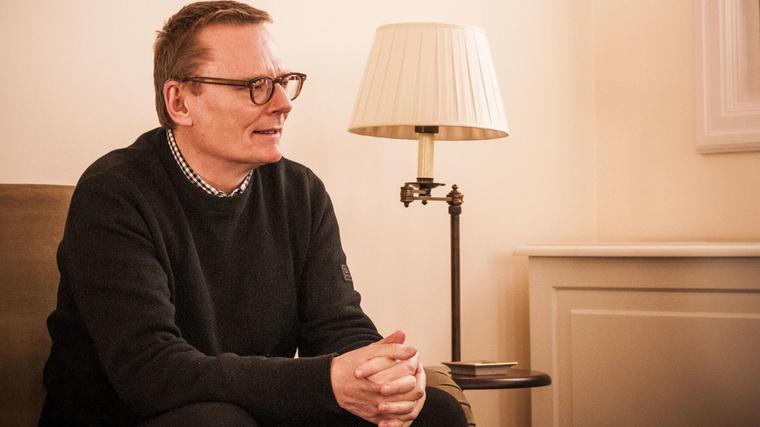 Why Do Nations Fail?

The Future of the World Bank and the IMF

Why Are Some Nations Wealthier than Others?

Why do some countries thrive economically, while others fall into poverty? What does China’s unprecedented growth mean for America’s rank as the world’s largest economy? And how do our man-made institutions influence economic success (or lack thereof)? In the international bestseller Why Nations Fail, political scientist James Robinson reveals the political foundations upon which our economic growth lies. His eye-opening talks draw from decades of original research to explain why a radically inclusive economic model is beneficial for our freedom, prosperity, and innovation.

“The Narrow Corridor takes us on a fascinating journey, across continents and through human history, to discover the critical ingredient of liberty. In these times, there can be no more important search—nor any more important book.”

The concept of “liberty” as an enduring, stable constant, is a myth, says economist James Robinson. In his latest book The Narrow Corridor—co-authored with his frequent collaborator, MIT’s Daron Acemoglu—he explores the tenuous conditions of freedom, and why it flourishes in some states over others. From the American Civil Rights movement, to China’s Imperial traditions, to Europe’s fraught recent history, Robinson deftly shows us that liberty is achieved only when a delicate balance between state and society is formed—one which, if left unchecked can easily lend itself to authoritarianism or anarchy. Incredibly relevant in today’s destabilizing moment,The Narrow Corridor was named one of the Best Books of the Year by both the Financial Times and Kirkus Reviews, with the latter calling it “Provocative and intuitively correct. An endlessly rewarding book.”

“Why Nations Fail is a splendid piece of scholarship and a showcase of economic rigor.”

Robinson’s previous book, Why Nations Fail: The Origins of Power, Prosperity, and Poverty was the culmination of 15 years of groundbreaking research. Once again written alongside Acemoglu, the book explores the gap between rich and poor countries with historical evidence that dates all the way back to the Roman Empire, and criss-crosses the globe from Latin America to the United States. To date, Why Nations Fail has been translated into 32 languages and made both the New York Times and The Wall Street Journal bestseller lists. Prior to that, Robinson and Acemoglu authored Economic Origins of Dictatorship and Democracy together—another path-breaking tome that examines why different social groups prefer different political institutions. Commended as “brilliant,” by the Financial Times, this book offers a framework for understanding the very creation and consolidation of democracy itself.

Robinson is the Reverend Dr. Richard L. Pearson Professor of Global Conflict Studies at the University of Chicago, as well as the Institute Director of The Pearson Institute for the Study and Resolution of Global Conflicts. He was previously on the faculty at Harvard University, where he was the Wilbur A. Cowett Professor of Government. Robinson also previously served as an advisor to the World Bank’s Report on Governance. He holds a Ph.D from Yale University, an MA from the University of Warwick, and a BSc from the London School of Economics and Political Science.

Lessons of Why Nations Fail

With Egypt and Pakistan roiling the headlines and the extent of inequality among nations at an unprecedented level, Why Nations Fail answers the question that has stumped people for centuries: why are some nations rich and others poor? Why is the world divided by wealth and poverty, health and sickness, food and famine? In this riveting talk, James Robinson reveals the factors that make the city of Nogales, a place half in Arizona and half in Mexico, outperform its southern neighbor. He explains why Botswana succeeds while neighboring Congo does not, and, among other striking stories, he explains why North Korea fails where South Korea thrives. In speaking on why the average person in the U.S. is ten times as prosperous as the average Guatemalan, 20 times as prosperous as the average North Korean, and 40 times as prosperous as those living in the Congo, Robinson presents new insights on the crucial role of incentives and institutions, as well as the absolutely essential role of strong governments. This sweeping, detailed, and highly optimistic talk refutes much of what we know about why some countries are mired in poverty while others are perpetually successful — and it lays out a roadmap for real change.

States, Societies, and the Fate of Liberty

Economic Origins of Dictatorship and Democracy

Why Some Countries Go Bust

Nations fail because their leaders are greedy, selfish and ignorant of history

The Poverty of Nations

James Robinson, the Co-Author of Why Nations Fail, Returns with a New Book on the Pursuit of Liberty

"The standard approach to policy-making and advice in economics implicitly or explicitly ignores...