By confronting our unconscious biases, we can build a world in which equity and justice prevail.

Author of The End of Bias | Science and Culture Journalist 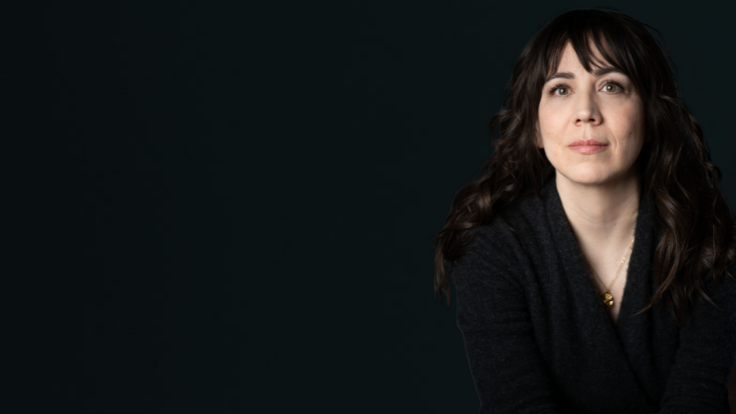 What Can Sesame Street Teach Us About Cross Culture Conflict? (2:35)

The Untapped Potential Lost to Bias (1:37)

One of the biggest dilemmas of our time? Eradicating unconscious bias—the persistent, unintentional, prejudiced behavior that clashes with our consciously held beliefs. Thankfully, science journalist Jessica Nordell is up for the challenge: in her debut book The End of Bias, she offers us a nuanced, compassionate perspective for how we can change biased behavior and radically remake our world. Those in need of hope or motivation as they embark on the necessary work of building more equitable organizations will benefit greatly from her science-driven talks.

“When it comes to prevention and cure, Jessica Nordell’s powerful book is a breakthrough.”

If the pandemic taught us anything, it’s that the world is far from equal—and unconscious bias can tarnish even our best intentions. It’s why diversity and inclusion programs have such inconsistent results, or why the barriers to women’s advancement in the corporate world often go unnoticed. Using a highly engaging blend of neuroscience and social science, Jessica Nordell reveals the corrosive effect that unconscious bias has in areas like medicine, education, policing, and the workplace—and what we can do about it. The End of Bias dives deep into both the causes of prejudice, as well as the programs and institutions that have successfully reduced it, from preschools in Sweden to the hallways of John Hopkins Hospital. Nordell extrapolates the psychology and methodology that made these initiatives so effective, and shows you how you can apply them to your own organizations.

“Despite revolutions in our understanding of bias, we’re still much better at documenting the problem than solving it,” says psychologist Adam Grant, the New York Times bestselling author of Think Again. “When it comes to prevention and cure, Jessica Nordell’s powerful book is a breakthrough. With state-of-the-art science and gripping narratives, she reveals what concrete steps individuals, groups, and institutions can take to fight prejudice.” Nordell’s exhaustive research—and her willingness to hold her own biases up to scrutiny—gives us an optimistic look at how we can approach one of society’s most pervasive problems. As a speaker, she is honest and refreshing, bringing her insights to life with immersive stories and evidence-based interventions that will stick with you long after the presentation is over.

An acclaimed science and culture journalist, Nordell’s writing has also appeared in the Atlantic, the New York Times, the New Republic, and many other publications. A former writer for public radio and producer for American Public Media, she graduated from Harvard University and the University of Wisconsin, Madison.

“Jessica Nordell brings a scholarly magic and moving humanity to discussions of race, gender, and inclusivity. Her talk brings dazzling clarity to issues and dynamics that have been obscured and historically unaddressed. Even with her incredible wealth of knowledge, research and unforgettable anecdotes, the talk was truly a conversation and was powerfully open and genuine in its concern for all people involved. Jessica Nordell is one of those rare speakers whose keynote and their Q&A are equally impressive, mindful yet urgent. A marker that this work lives in her body, consciousness, and spirit to collaborate in this project we call American Education.”

Unconscious bias is at the heart of some of our most pressing social problems. We see it across many industries, from medicine and education, to leadership in the corporate world. But the question remains: how can we uproot prejudice that we are not consciously aware we have? That operates, hidden in plain sight, against everything we say we stand for?
In her stunning debut The End of Bias, acclaimed journalist Jessica Nordell weaves gripping, real-world stories with fascinating research to reveal how minds, hearts, and behavior changes. She scrutinizes diversity training, deployed across the land as a corrective but with inconsistent results.  She even holds a mirror up to her own biases, and shares, openly and honestly, how researching a book about bias has changed her. But most importantly, she explores what works and why: the diagnostic checklist used by doctors at Johns Hopkins Hospital that eliminated disparate treatment of men and women; the preschool in Sweden where teachers found ingenious ways to uproot gender stereotyping; the police unit in Oregon where the practice of mindfulness and specialized training has coincided with a startling drop in the use of force.
This presentation, based on the book, takes her research one step further: arming audiences with the knowledge they need to confront their own biases and create more equitable teams, organizations, and communities.
Corporate Culture

Many companies today understandably focus on workplace diversity — what it is, how to achieve it, and how to effectively manage a diverse workforce. But what if we’re going about this all wrong? Hoping that diversity itself will translate into benefits like increased collaboration, innovation, and better problem-solving is not the answer. Whether we like it or not, we all have unconscious biases that influence our thoughts, feelings, and behaviors at work—and until we learn to address them, we won’t achieve the powerhouse organizations we’re hungry to build.
In this presentation, Jessica Nordell, author of The End of Bias, offers cogent, actionable insights for leaders, teams, and organizations who want to do the deep work of overcoming their bias. First, she asks us to flip the narrative: from the “benefits of diversity” to “the harm of homogeneity,” explaining why the overly simplistic approach many companies have taken won’t cut it. Next, she reveals why learning our history is so essential, including the well-researched link between understanding past events and grasping discrimination in the present. Finally, she dives into the most common patterns of bias in the workplace, how they manifest, and what the science says about how we can eliminate them.
Increasing the numbers of traditionally underrepresented people in your workforce does not automatically produce benefits, but reshaping the power structures of your organization can. In this must-listen talk, Nordell shows us how to do that both on an individual and organizational level—starting with what we take for granted.

The End of Bias

A beginning: The Science and Practice of Overcoming Unconscious Bias

The End of Bias: A Beginning: The Science and Practice of Overcoming Unconscious Bias

Does Starbucks Understand the Science of Racial Bias?

How Slack Got Ahead in Diversity

A Fix for Gender Bias? Check.

Is This How Discrimination Ends?

Millions of Women Voted in this Election. They Have the Iroquois to Thank.

Why it Matters that Digital Assistants are Always Female.

It's No Contradiction: Donald Trump and the Power of Subtyping.

What Happens When a Gay Person Grows Up in an Anti-Gay Family.

Why Aren't Women Advancing at Work? Ask a Transgender Person