To stop white nationalism, we must fight the fear that feeds it. 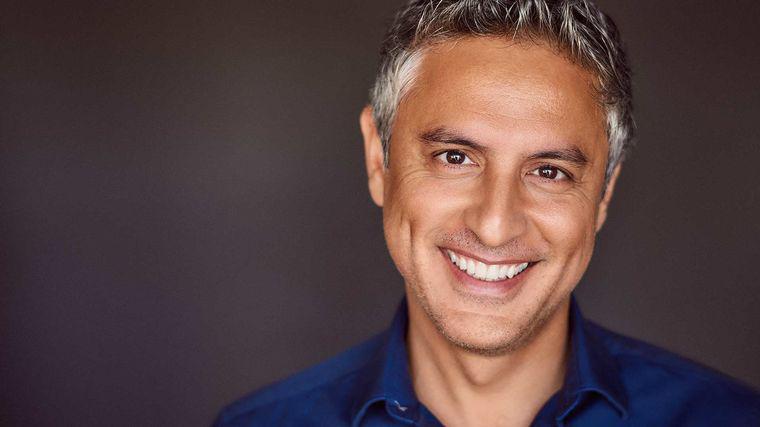 Reza Aslan is an internationally-renowned writer, commentator, professor, and religious scholar, whose #1 New York Times bestselling books and packed lectures have propelled him to the frontlines of the fight against white nationalism. His upcoming book, An American Martyr in Persia, tells the story of a young man who gave his life for democracy. Building on his long history of fierce advocacy and writing, Aslan proves that one person’s actions can have global consequences, and asks: whose freedom do we really support?

“[Aslan’s] literary talent is as essential to the effect of Zealot as are his scholarly and journalistic chops. ...A vivid, persuasive portrait.”

Fear has long been a driving force in American society. Though the targets shift—Catholics, African Americans, the LGBTQ community, and now Muslims—the DNA is the same: Americans are led to believe they’re under siege from “an enemy within,” creating a dynamic of bigots and targets alike. This fear can be fought, but it requires us to come together as a people. “Education alone doesn’t change minds,” says Reza Aslan in his viral TED talk. “Relationships change minds.” In one way or another, Aslan’s work shows us that human relationships are what help us see beyond the symbols that separate us—that prove to us, ultimately, we’re all the same. He currently serves as the executive producer of CBS series United States of Al, which follows the unique friendship between a combat veteran and his Afghan interpreter. The show not only offers much-needed representation in Hollywood—it also helps break down stereotypes, confront fear-based narratives, and, perhaps most importantly, humanizes our fraught politics. “What we always say is that this show is not about the war in Afghanistan. This show is about what that war did to two people, one who’s an Afghan, and one who is an American,” explains Aslan, who notes that the series is especially relevant amid the Biden administration’s decision to remove all troops from Afghanistan. Aslan shows us how fear—organized and well-funded—perpetuates bigotry and victimizes us all. His inspiring talks reveal that it is only when we are united will we have the power to fight it.

In his podcast with The Office alum Rainn Wilson, titled Metaphysical Milkshake, Aslan wrestles with some of life’s biggest questions—like what happens after we die and whether human beings really do have free will. Though the existential topics are earnest and meaningful, the duo approach them with humor and levity—breaking down the barriers that often arise between science and religion or faith and reason. The same can be said for Aslan’s books, which explore the history of religion and how we’ve come to understand the divine by assigning it human traits and emotions. His #1 New York Times bestseller Zealot: The Life and Times of Jesus of Nazareth was translated into dozens of languages around the world and optioned for a film. His latest book, God: A Human History—another New York Times bestseller—was praised by the Seattle Times, which writes, “Driven by Aslan’s grace and curiosity, God helps us pan out from our troubled times.”

Aslan is also consulting producer on the acclaimed HBO series The Leftovers, the host and executive producer of Rough Draft with Reza Aslan, and the Emmy and Peabody Award-nominated Vox web series, The Secret Life of Muslims. He co-founded BoomGen Studios—the premiere entertainment brand for content from and about the Middle East, which has worked on project’s including Jon Stewart’s Rosewater, Netflix’s The Square, Disney’s Aladdin on Broadway, Discovery and TLC’s All American Muslim, and National Geographic’s Amreeka.

“Reza’s session at the World Affairs conference last Friday was a complete success. Reza has the unique ability to challenge his audience to think differently, while also making them laugh. It was such a treat for us to host him at this year’s conference. We hope to see him again soon at World Affairs.”

A World Without Religion

As religious identity begins to fade in the west, it continues to fortify its political power elsewhere. So what’s next? Are we heading toward a future where science and secularism will prevail, or will religion remain a vital part of human identity? In this fascinating multi-media presentation, internationally acclaimed scholar of religions and #1 New York Times best-selling author Reza Aslan takes audiences on a 300,000 year journey through human spirituality to discover what the future of religion may look like.
Religion

Why I Am a Believer

Over the past two decades, Reza Aslan has become one of the most prominent voices in America when it comes to issues of religion and faith. In this deeply personal presentation, the internationally acclaimed scholar, author, producer, and Emmy nominated television personality shares what he has learned over a lifetime of immersing himself in the religions of the world - and why, despite all he has experienced, he remains a believer.
Religion

A Multi-Faith Life With Jessica Jackley

Join acclaimed scholar of religions and #1 New York Times best-selling author Reza Aslan for an intimate chat with his wife, author and award wining social entrepreneur Jessica Jackley, as they discuss the ups and downs of raising a multi-faith family. Aslan, a Muslim, and Jackley, a Christian, share the hilarious lessons they have learned negotiating their different backgrounds, dealing with well-intentioned in-laws, raising spiritually-minded kids, and finding common ground in a world mired in religious conflict.

An American Martyr in Persia

The Epic Life and Tragic Death of Howard Baskerville

The Life and Times of Jesus of Nazareth

No god but God

The Origins, Evolution, and Future of Islam

How to Win a Cosmic War

God, Globalization, and the End of the War on Terror

What Happens When You Fall in Love Across the Religious Divide?

On Election Day, the bad guy won. Here’s how we broke it to our kids.

What Do Iranian-Americans Think of the Nuclear Deal?

In CNN's ‘Believer,’ Reza Aslan to aim for a window on world religions

Is there anything Reza Aslan can’t do? The Harvard-educated religious scholar has published...

“What is your most unshakeable belief?” This is the question driving religious scholar and writer...

The newest show from Reza Aslan is almost here. The six-part series Believer follows Aslan as he...

As an interfaith, interracial family, Reza Aslan and Jessica Jackley were at a loss to explain...

On the heels of successful sitcoms like Black-ish and the Eddie Huang-created Fresh Off the Boat,...

Speaker Reza Aslan—who impressed everyone on the Internet last year for his incredibly calm,...

It's been a busy week for religions speaker Reza Aslan. Lionsgate announced it has acquired feature...

Close The Gap: Speaker Reza Aslan On The Chasm Between History & Religion

Reza Aslan, the highly requested religions speaker, is still generating a lot of buzz thanks to his...

More Reviews: Zealot, by Reza Aslan, is a "Groundbreaking" Work

Why a Muslim would write a book about Jesus? That's what Fox News repeatedly asked religions speaker...

Standing Room Only: Reza Aslan Gives A Keynote On Zealot To A Full House

As the Huffington Post writes, Reza Aslan "became an Internet hero last week for his deadpan...

A controversial Fox News interview with religions speaker Reza Aslan has gone viral. One article, at...

Religion speaker Reza Aslan recently stopped by The Daily Show to give an exclusive interview about...

Zealot, By Reza Aslan, Debuts In The Top 3 On Amazon's Bestseller List

Zealot: The Life and Times of Jesus of Nazareth, the new book by Reza Aslan, will be released later...

Reza Aslan's new book Zealot: The Life and Times of Jesus of Nazareth is getting rave reviews. The...

I Am Reza Aslan, Ask Me Anything: A Discussion Of East-West Relations

The online Reddit community broke into an in-depth, but respectful, conversation about the Middle...

Reza Aslan's Religion and Politics in the Middle East class is "exciting and, admittedly, a bit...

When religion speaker Reza Aslan talks about the Middle East, he doesn't pull any punches. In a...