Authors of Superfandom: How Our Obsessions Are Changing What We Buy and Who We Are 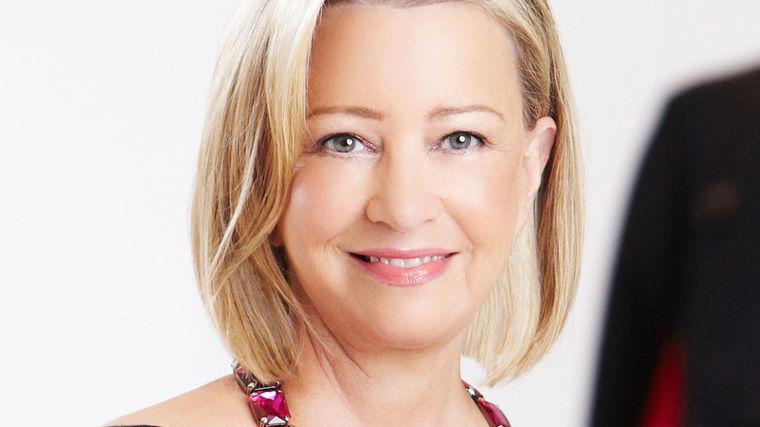 Is Your Business *Actually* Different—and Better?

Harnessing the Power of Intent and Imagination

“Bonnie Brooks is a visionary leader in her field.”

Bringing over three decades of experience to global leadership in retail and marketing, Bonnie Brooks is one of North America’s great business success stories. She is currently leading Chico’s FAS, overseeing over 1500 retail locations across North America. Prior to this, Brooks led the Hudson’s Bay Company—the world’s oldest continuously operating company, which owns and operates Saks Fifth Avenue, Lord and Taylor, and Hudson’s Bay department stores in Canada—where she oversaw the company’s successful turnaround. Brooks was based in Hong Kong, where she revitalized another iconic retailer, Lane Crawford, helming 500 stores across nine Asian countries.

Brooks has also served as Editor-in-Chief of Flare, Canada’s largest fashion magazine, and Executive VP of Holt Renfrew, where she brought many major American and European designer brands to Canada. She is one of Monocle’s Top 25 Retailers worldwide and one of Fast Company’s 100 Most Creative People in Business. She was named one of Canada’s 50 Most Powerful People by Canadian Business two years in a row. She has received the Queen’s Diamond Jubilee medal for philanthropy, and is a member of the American Marketing Association Marketing Hall of Legends. In October 2014, she became the first woman to receive the prestigious Ivey Business Leader of the Year Award. She has also received the Retail Council of Canada’s Excellence in Retail Awards’ Lifetime Achievement Award. “Known for engineering turnarounds for brands and retailers, Bonnie is recognized as a builder, an innovator and a leader of change,” writes the RCC. “Over the course of her career in Canada and abroad, she has mentored and shepherded the careers of many in this industry and has passionately supported careers in retail.”

Brooks is Chaiman of the Board of Trustees of the ROM, appointed by the Premier of Ontario, a member of the Advisory Group of Smooth Commerce, and a member of the Boards for Rogers Communications, RioCan Real Estate Investment Trust, Chico’s FAS Inc., and Abercrombie & Fitch. Brooks holds an MBA from the University of Western Ontario and was the Parsons School of Design Honoree in 2013.

“Your presentation really hit home. It was inspiring and definitely sparked ideas in which our company can embrace its legacy and celebrate the brand in new and novel ways. I’ve received so many wonderful comments about you and your presentation, but more importantly your message. Some many folks have commented on how approachable you were too. You’ve inspired these folks and they intend to infuse their learnings into their work.”

Some said Hudson’s Bay Company couldn’t be saved. By 2008, the world’s oldest continuously running company was out of steam. With sales plummeting, and morale low, the brand had lost its lustre. Then, Bonnie Brooks took the helm. As the first female CEO and President of Hudson’s Bay, she brought sweeping and transformative changes. HBC was repositioned and transformed across Canada, merged with Lord and Taylor in the USA, and its successful IPO fueled the acquisition of Saks Fifth Avenue. The buzz grew, profits surged, and the brand was restored. In the end, HBC’s turnaround, achieved under enormous pressure, overshot all expectations. How did Brooks revitalize HBC? And what can your company learn from her success? Weaving the story of The Bay with her “turnaround” and career stories, Brooks talks, with charming ease and practical insights, about what it takes to grow—and change—any organization. What is your company’s actual vision? Can you articulate it clearly, tangibly? In a talk that encompasses leadership, marketing, strategy, and much else, Brooks offers a practical, stylish, and wholly optimistic view of best business practices.

Bonnie Brooks exemplifies what women can achieve, on their own terms, in the corporate world. She is the only woman to receive Ivey’s prestigious Business Leader of the Year Award, and, as the first female President of the Hudson’s Bay Company, she spearheaded its celebrated turnaround from 2008 to 2014. Speaking directly to women executives, board members, and managers, and to the people aspiring to these roles, she imparts lessons on leadership, decision-making, and work-life balance. Taking audiences on her globe-spanning career—from Executive Vice President of Holt Renfrew, Editor of Flare, and CEO of the Bay in Canada; to Lane Crawford in Asia; to HBC’s acquisition of Saks Fifth Avenue and Lord & Taylor in the States—Brooks shares the wisdom she’s accumulated as an inspirational female executive. “If you can dream it,” Brooks implores, “you can do it.” And her career, still going strong, bears this out, time and again.

Throughout her career, from fashion stylist, writer and merchandiser to Vice Chairman of the Hudson’s Bay Company, Bonnie Brooks has mixed both the creative and commercial aspects of the business and transformed them into a new “skill set”—which can be a rare and valuable combination—for gaining a competitive advantage. Drawing on her decades in the fashion industry, Brooks shows how new innovations and advantages can arise from the fruitful collision of commerce, art, and design. A successful company can no longer focus solely on the more traditional business aspects. Unfettered creativity, visual thinking, and other innovative measures gleaned from various artistic fields must work in tandem with corporate strategies. Brooks provides insights how to combine these two seemingly disparate elements into a harmonious and profitable whole.

The Bay’s Bonnie Brooks’ lifelong quest to be the best

Bonnie of The Bay

Bonnie Brooks gets a promotion at The Bay

As the first female President and CEO of the Hudson’s Bay Company, Bonnie Brooks restored the...

We are so thrilled to announce that Bonnie Brooks, Vice Chairman of Hudson's Bay Company, has joined...

Diverse perspectives in the workplace make your ideas better, your teams stronger, and your company far more successful. Our top diversity, equity, and inclusion speakers don’t just show you how DEI can benefit you—they give you practical strategies for implementing true belonging in the workplace.

The Top 5 Innovation Speakers of 2022

In the fast-paced world of 2022 (and 2023!), innovation has never been more crucial. Our top innovation speakers will show you how to keep ahead of the trends, harness change, and find opportunity — this year and the next.

Lavin is proud to see books written by our exclusive speakers named to so many year-end Best Books lists—including, for a second year running, Amazon’s #1 nonfiction title and a Top 10 New York Times entry.