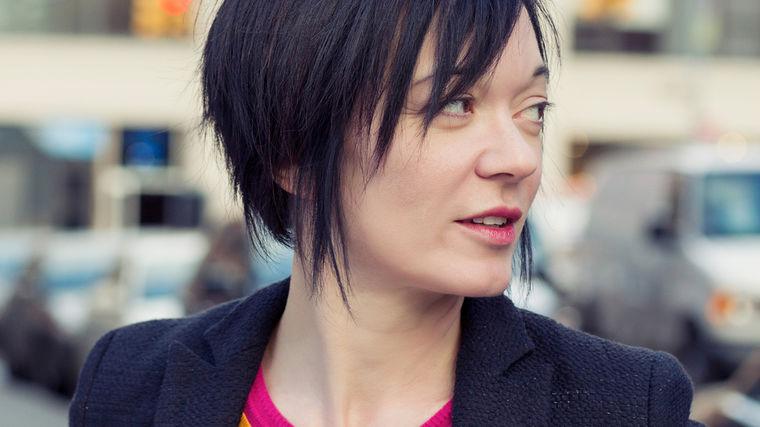 Online, If You Aren’t Paying for It, You’re the Product

Which of Our Values Should the Internet Reflect?

Defining the Rights and Responsibilities of Digital Citizens (and Corporations)

Who Benefits the Most from a Public Internet?

The fight to keep the internet democratic and easily-accessible is one of society’s most urgent battles. The discussion around net neutrality and corporate consolidation has the potential to reshape every facet of our world, from education, to politics, to journalism, to business, and more. Sue Gardner, the former Executive Director of Wikimedia, has been speaking on this topic for years. She offers a clear-eyed take on why a robust, transparent, and unobstructed internet, with the free flow of ideas and information, is essential to a healthy democracy.

“There are few issues more important for citizens to understand than the impact of new technology on our lives and society, and there are few people better equipped than the founders of The Markup to bring a combination of journalism, technology, and business expertise to bear on telling that story.”

Sue Gardner’s work is motivated by the desire to ensure that everybody in the world has access to the information they want and need, equipped to make the best possible decisions. She currently pursues this as the Founder and Executive Director of The Markup, a non-profit news organization and website that “illuminates how powerful institutions are using technology in ways that impact people and society.”

When Gardner started her career, her tool of choice was journalism; now it is the internet and digital technology itself. As Gardner discusses in her talks, the internet started as a platform for everyone; a “Wild West,” full of endless possibilities. But now its power has congregated in just a few places. The culprits aren’t limited to Facebook and Twitter—it’s the broadband owners. She asks us: what can we do as citizens to change the Internet back to a place that truly is for everyone, inspiring creativity, freedom, and innovation? Gardner spent the first decade of her career as a journalist, working in radio, TV, print and online. In 2003 she was appointed head of CBC.CA, the website of one of Canada’s best-loved cultural institutions, the Canadian Broadcasting Corporation. In 2007, Gardner became executive director of the Wikimedia Foundation, the non-profit that operates Wikipedia, the world’s largest and most popular encyclopedia. In her six years with Wikimedia she grew it into a healthy sustainable organisation with 70 million in annual revenues, and established Wikipedia as a reputable global information source that stood strong against attempts at censorship.

“Under her watch, Wikipedia is now bigger and more stable than ever.”

Beyond working as Executive Director of The Markup, Gardner serves as an advisor and board member for a variety of non-profit, grantmaking and policy organizations, mostly related to technology, media, gender, and digital freedoms. She was co-chair of the campaign to persuade President Obama to pardon NSA whistleblower Edward Snowden. She is special advisor to the Wikimedia Foundation, a board member of Global Voices, the Ada Initiative, the Wiki Education Foundation, and the Sunlight Foundation, and is advisor to Creative Commons and the Committee to Protect Journalists. Gardner has an honorary doctorate of laws from Ryerson University, was named a Technology Pioneer for the World Economic Forum at Davos, has been ranked by Forbes  magazine as the world’s 70th most powerful woman, was the inaugural recipient of the Knight Foundation’s Innovation Award, received the Cultural Humanist of the Year award from the Harvard Humanist Association, and is a proud recipient of the Nyan Cat Medal of Internet Awesomeness for Defending Internet Freedom.

“All went very well! Thanks very much for your recommendation of Sue Gardner. She was a huge hit and I think she both appreciated being back in Canada and learning a little bit about our International Education sector.”

BC Council for International Education
Testimonials

“Sue was absolutely fantastic! Warm, funny, engaged and engaging, she read the audience perfectly, allowed as much time for questions as she did for her talk, and she even made time to have lunch with the students in our Women in Computer Science group. Really, in my 26 years at Penn, I have never met anyone who fit in so seamlessly and left everyone loving her! I've had over 30 thank you emails from STUDENTS (yes, our students are polite, but still, this is unheard of), as well as at least 5 faculty members, and our Dean and the donor who funded the program proclaimed her to be ‘delightful,’ which she is! I can't thank you enough—she was the perfect choice, and if there is anything I can do to help sing her praises, please count me in—she truly is a lovely person and I am grateful to have met her!”

The Future of the Internet

The internet used to be a Wild West, in which corporations, well-funded start-ups, and amateurs competed for user attention, with the amateurs often winning. The net gave ordinary people access to the means of production—a billion blogs, self-hosted sites, and proto-social networking sites were born! That was great, Sue Gardner contends, because the internet should be like a city, with shoe stores and banks and restaurants, but also with parks and libraries and schools. Today, though, the internet has matured. It is increasingly corporatized and commercialized, and ordinary people’s open participation has declined. We participate in narrower, simpler ways than we used to, such as “liking” something on Facebook, or republishing other people’s posts on Tumblr. In this state-of-the-union talk, delivered at a crucial moment, Gardner looks to the future of the net, and examines the implications for democracy, journalism, education, free speech, creativity, openness—and much more. If we want an Internet that allows for healthy public spaces, she says, we are going to need to course-correct, including figuring out ways to pay for what we want. Otherwise, we risk ordinary people being flipped from creators into consumers, exactly like what happened with television 50 years ago. Bringing extraordinary insight to the net’s growth so far, Gardner paints a realistic (and hopeful) picture of the ways we can still positively shape the greatest communications phenomenon we've ever known.

What We Can Learn from Wikipedia The New Workplace

What can organizations and workplaces learn from the success of one of the world's most invaluable web communities? The fundamental premise of Wikipedia is that if you create a space where people are encouraged to share and help each other, they will do it. In the decade-plus since Wikipedia's launch, that's been proven to be true. In this talk, Sue Gardner looks at how the site’s model has many lessons that can be applied to the workplace, to increase collaboration and creativity. We’re moving from top-down, carefully controlled environments into more transparent organizations in which decentralized work groups have a high degree of autonomy, Gardner reminds us, and Wikipedia was a forerunner in this kind of participatory engagement.

The Future of Leadership

Work is changing, and Silicon Valley cultures are at the forefront. We’re moving from formal, command-and-control, bureaucratic organizations into workplaces that are agile, often decentralized, and in which teams have a high degree of autonomy and authority. In those contexts, Sue Gardner argues, leadership is changing too. Increasingly, in order to be effective, leaders are going to need to be flexible and collaborative, highly transparent, and non-authoritarian. Drawing on her years heading up the Wikimedia foundation—a period of substantial and much-heralded organizational growth—Gardner takes a look at the new leadership models that have emerged, and how they apply to your own company.

Sue Gardner: ‘Hubris is the engine of Silicon Valley’

Wikipedia's Librarian To The World

Who decides what you see on the Internet? Not you, according to the Federal Communications...

Why Women Leave Tech, and Why it's Bad for Business: Sue Gardner

As the War for Talent in the tech sector toughens, companies cannot afford to let talented—even...

When digital media speaker Sue Gardner stepped into the Wikipedia offices in 2007, the internet...

"I’ve always aimed to make the biggest contribution I can to the general public good," Sue Gardner...

Be Critical Consumers of the Media: Wikimedia's Sue Gardner

Sue Gardner, executive Director of the Wikimedia Foundation, seemed shocked when she was asked when...

Sue Gardner, executive director of The Wikimedia Foundation, has just been appointed to sit on the...

Internet Speaker Sue Gardner, of Wikipedia, is One of Forbes' Most Powerful Women

Sue Gardner, the Executive Director of the WikiMedia Foundation, has something to add to her...

"We want the Internet to remain free and open, everywhere, for everyone," writes Wikimedia...

With Sue Gardner at the Helm, Wikipedia Keeps Growing and Growing

This week, Wikipedia announced that it had reached its fundraising goal of $20 million dollars (it...

Wikipedia Has a Gender Gap, and Its Director, Sue Gardner, Has a Fix

There's no Wikipedia page devoted to the fact that for every five male editors, the collaborative...

Wikipedia Director Sue Gardner Attempts to Curate Everything We Know

In a recent Fast Company profile, Wikipedia Director Sue Gardner—who is one of only two women to run...